Did Neil Armstrong have a religious experience on the moon?

Armstrong, of course, was the first human to set foot on the lunar surface — the commander of the Apollo XI mission.  But is there any truth to his having a deeply religious experience while on the moon?

Armstrong uttered the famous words “That”s one small step for [a] man, one giant leap for mankind.” Even he’s not sure whether he said the unheard [a] — if he forgot or if it got garbled over the radio.

But a few years ago, Armstrong participated in the Global Leadership Forum in Malaysia. The Star Malaysia newspaper reported on some unexpected questions he fielded from the audience.

Is it true, he was asked, that as soon as he stepped onto the moon, he heard the Moslem call of Ezan — the call to prayer — the words “Allah-hu-akber?” Is it true that it caused him to proclaim “The real religion in the whole world is only Islam?”

Armstrong had heard the story before. It actually has several versions. One frequently sent on the Internet reads in Arabic:

“When Louis Armstrong and company walked on the moon, they heard sounds in a strange language they did not understand. Only later, after returning to earth, did they realize that it was actually the Ezan!

“Armstrong was heard to remark: ‘I have seen a few mosques with powerful speaker systems, but wow, somebody down here certainly turned on the power on that day!’”

But is there any truth at all to the stories?

As is his way, the astronaut  quietly told the Malaysian audience he had not had heard any Muslim call to prayer. Nor has he converted to Islam. Then Armstrong referred the questioner to a statement issued on Armstrong’s behalf back in 1983. It reads:

Mr. Armstrong has asked me to reply to your letter and to thank you for the courtesy of your inquiry. The reports of his conversion to Islam and of hearing the voice of Adzan on the moon and elsewhere are all untrue.

Several publications in Malaysia, Indonesia and other countries have published these reports without verification. We apologize for any inconvenience that this incompetent journalism may have caused you.

Subsequently, Mr. Armstrong agreed to participate in a telephone interview, reiterating his reaction to these stories. I am enclosing copies of the United States State Department’s communications prior to and after that interview.

What follows is that State Department message:

FROM: Secretary of State, Washington, D.C.

TO: All diplomatic and consular posts

1. Former Astronaut Neil Armstrong, now in private business, has been the subject of press reports in Egypt, Malaysia and Indonesia (and perhaps elsewhere) alleging his conversion to Islam during his landing on the moon in 1969. As a result of such reports, Armstrong has received communications from individuals and religious organizations and a feeler from at least one government about his possible participation in Islamic activities.

2. While stressing his strong desire not to offend anyone or show disrespect for any religion, Armstrong has advised the Department of State that reports of his conversion to Islam are inaccurate.

3. If you receive queries on this matter, Armstrong requests that they politely but firmly inform querying party that he has not converted to Islam and has no current plans or desire to travel overseas to participate in Islamic religious activities.

What is fascinating about the story is that Armstrong did have a deeply religious experience on the moon’s surface. Former White House Counsel Charles Colson wrote in a column the details, which Armstrong has confirmed.

It seems that before they emerged from the “Eagle,” the Lunar Lander, Armstrong’s co-pilot Buzz Aldrin, pulled out a Bible, a small silver chalice, and some sacramental bread and wine.

There on the moon, their first act was to pray and celebrate communion.

In another similar incident, Astronaut Frank Borman, commander of the first space crew to travel beyond the Earth’s orbit, looked down on the earth from 250,000 miles away.

Borman radioed back a message, quoting Genesis: “In the beginning, God created the heavens and the earth.” As he later explained, “I had an enormous feeling that there had to be a power greater than any of us – that there was a God, that there was indeed a beginning.”

The late James Irwin, who walked on the moon in 1971, later became an evangelical minister. He often described the lunar mission as a revelation. In his words, “I felt the power of God as I’d never felt it before.”

Charles Duke, who followed Irwin to the moon, later became active in missionary work. As he explained, “I make speeches about walking on the moon and walking with the Son of God.”

Guy Gardner is a veteran astronaut who speaks in churches on the reality of God.

Astronaut John Glenn once proclaimed from orbit: “To look out at this kind of creation and not believe in God is to me impossible.”

CLICK HERE if you’d like to read about Yuri Gagarin, the first human in space — who it turns out never uttered the famous words often attributed to him — that he looked around in space and didn’t see any God. 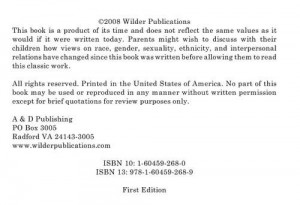 Publisher puts warning to parents on U.S. Constitution
archives most recent
More from Beliefnet and our partners
previous posts