What does it feel like to translate the Bible?

What if you were asked to translate the Bible?

Today, hundreds of scholars are doing just that in the jungles of South America, Africa and the Pacific, bringing God’s word to cultures whose language has no Holy Bible in their native tongue. In universities and libraries worldwide, scholars are also updating existing translations in Spanish, Russian and scores of other languages. So, what does it feel like to take on such a holy task?

University Professor David Norton, author of the just-released The King James Bible: A Short History from Tyndale to Today, has had a taste of the experience. In 2005, Cambridge University Press published the The New Cambridge Paragraph Bible, which he edited.

He is quick to note that he didn’t do any translation. Instead, like some of the King James scholars who worked with previous translations by Myles Coverdale and William Tyndale, his task was to separate the text into appropriate paragraphs, check spelling, update punctuation and so forth.

“I was trying to serve both the translators and the reader,” he explains, “so that all the unnecessary distractions of antiquated spelling and odd punctuation were removed.”

So, what was it like to follow in the footsteps of such giants of the faith as St. Jerome and John Wycliffe?

“Humbled but useful, like a charlady [janitor] in a Cathedral.” says the professor of English at New Zealand’s Victoria University of Wellington. “It was a great honor and responsibility to work on so great a book.

“I wasn’t doing work comparable to that of the translators. Every cathedral needs its charlady to keep it clean, and a craftsman to do little bits of restoration work.

“I was working to get as truly as possible the text the translators themselves had decided on, and then to present it in the spelling they would have used today.”

“I suspect that the King James translators, commissioned to revise the work of Tyndale and his successors felt both honored and, like the charlady, humbled,” he says. “I took the translators’ words as my motto, ‘Do nothing without advice, and when thou hast once done, repent not.’”

His new book is available from Cambridge University Press. 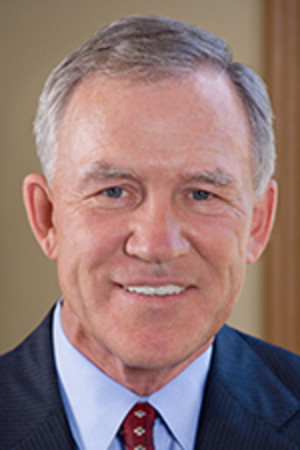