When the rapture didn’t occur as predicted on May 21, 2011, Harold Camping had a few options. Here is how he could have responded to the failed prediction, in descending levels of crazy:

1. He could announce that he was wrong. This is the most reasonable option and was therefore unexpected. I would have been shocked had this happened. Failed prophets rarely do this.

2. He could announce that God, in his great mercy, had intended to bring judgment on May 21 but decided against it as a result of the faithful efforts of Camping and his followers. This is the so-called Jonah scenario — based on God’s plan to destroy Ninevah but then backing down once Jonah gave warning. Disclosure: this is what I expected Camping to announce.

3. He could inform us that he got the math wrong, recalculate, and come out with a new date. Camping has done this before, when the rapture didn’t happen according to his first timetable, having predicted it for September of 1994. That was an option then, but let’s face it: It’s hard to get away with this too many times, as Edgar Whisenant found out in the late 80s and early 90s.

4. He could announce that his prediction was right, regardless of how it appeared. That’s right: it DID happen, we just didn’t see it. The predicted judgment day happened right on schedule, only it was invisible or spiritual. This is by far the weirdest option, taking a page out of the old Charles Taze Russell rapture playbook. (Russell gets credit for first coming up with the yes-in-fact-it-did-happen-only-it-was-invisible scheme back in 1874. This strategy went on to be appropriated a number of times by the Jehovah’s Witnesses for their failure doomsday predictions.) It’s insane but very very convenient, and this is exactly what Harold Camping did.

Last night, in an address on his Open Forum program on the Family Radio Network, Camping spoke about how he felt when the May 21 scenario seemed not to have occurred:

“I can tell you very candidly that when May 21 came and went it was a very difficult time for me, a very difficult time,” said Mr. Camping, 89, a former civil engineer. “I was truly wondering what is going on. In my mind, I went back through all of the promises God has made, all of the proofs, all of the signs and everything was fitting perfectly, so what in the world happened? I really was praying and praying and praying, oh Lord, what happened?”

Thankfully, he figured out what happened. In the same program, Camping announced that May 21 hadn’t been the expected visible judgment day but an invisible, “spiritual” one. God’s judgment really did begin on May 21, he says, but on the down-low. Which means the end of the world will still occur on October 21, 2011 — only our “merciful and compassionate God” will spare us the chaos and tribulation of the next few months. So maybe there’s a little of #2 in there after all.

“We had all our dates correct,” Camping insists. And though it was spiritual this time around, the cataclysm won’t be spiritual on October 21. “The world is going to be destroyed altogether, but it will be very quick.”

“Yes, we have,” the world answered back. “Multiple times, thanks to you.”

Update: In honor of this weekend’s invisible judgment day and October’s end of the world, I’m having yet another last-days sale at jasonboyett.com — complete with an invisible book! Details here. 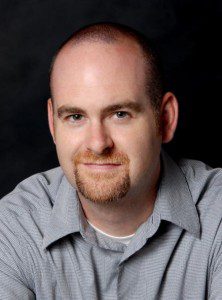