I first encountered David Sessions via The CCM Patrol, which started as an anonymous blog in which “Christian music is allowed to get bad reviews.” This was in 2006, and CCM Patrol wasn’t around for too long in that early incarnation. But, man, was it funny. And fearless. It dissected nonsensical worship lyrics, deconstructed cheeseball album art, and did something so radical that it caused Christians the world over to gnash their teeth in confusion and dismay: it dissed Chris Tomlin. 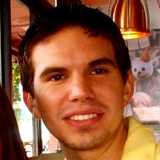 David was a college student at the time and he was already doing excellent work as a writer. Eventually he turned CCM Patrol into just plain Patrol, which became a New York-based arts and culture magazine (with an evangelical focus) and now has morphed into an insightful blog about Christianity and “the modern world.” He turned his work as the founding editor of Patrol into a number of other writing opportunities, and has since appeared in Slate, New York, Politics Daily, and The American Scene.

David is currently an editorial assistant at The Daily Beast. In the brief time I’ve known him — through his blog posts and other writing — I’ve seen him go wrestle with many of the same doubts that have challenged my own faith. So I asked him to write about them.

The Deadly Consequences of Certainty, the Hard Work of Faith

Over the past few years of meeting, reading, and interviewing Christian doubters, I’ve come to a few generalizations about them: they tend to have had fundamentalist upbringings, had bad experiences with Christians or churches, or crossed major cultural boundaries–transplanted from rural town to large city, or the United States to a third-world country. In some way or another, they’ve all been forced to examine their own faith and culture from the outside, as either Christians wounded by their churches or as wayfarers pressed to defend their own presuppositions in a secular university or foreign culture. Often, doubters’ cultural roots pull them strongly toward faith, while their education, experiences, and adult contexts push them toward uncertainty.

My own experience has been a blend of most of the above, starting with a very conservative, literalist Christian background and primary education. I have deep respect for the family values I was taught and gratitude for the profound personal security that comes from growing up in a tight community. I loved God and had positive church experiences; most of the people in my life were sincere, authentic, and wonderful. The problem was the reality distortion field that kind of community can inculcate into a young person, a rock-solid certainty of your own rightness and the wrongness of the world outside.

Childhood education is hardly the first place most people go when they think about doubt, but its crucial role in future faith crises cannot be overstated. In my universe, Christianity was not so much a faith as a historically and philosophically indisputable worldview. Of course the Bible was God’s word, of course Jesus’ miracles happened. Of course the scientific facts supported Genesis, not Charles Darwin. Of course only Christians could be good human beings. The only people who denied these things were confused sinners and agenda-driven liars, whom if I stayed on the right path I would probably not encounter often. In fact, the case for Christianity was so unshakable, I had a difficult time understanding the concept of “faith” when I encountered it in Scripture. What was there to believe when everything can be–and had been–proved beyond a doubt?

People protected from vital information about the world are almost destined for a plunge into angst when their certainty is shattered. And considering how flimsy some of the “evidence” people like me were taught, it doesn’t take much. Circular arguments for the “inerrancy” of Scripture, cherry-picked science about the Earth’s origins, and prejudicial characterizations of atheists and liberals don’t survive much academic or real-life scrutiny. Maybe I’m more analytical and impressionable than most, but meeting liberal atheists who cared more about the fate of their fellow human beings than I did was profoundly convicting. By contrast, the hard-hearted self-righteousness and abstract moralizing of far too many of my Christian acquaintances felt increasingly disturbing. Forced to return to the books for ammunition, I found the siege mentality and intellectual corner-cutting of even supposedly scholarly Christians equally damning.

The thing about doubt is that people rarely choose to question what they believe. It’s a painful, unsettling experience. Before I knew it, I was reading obsessively, lying awake at night, and walking home from church dismayed. Being in the company of other Christians simultaneously comforted me and compounded my despair. I realized that no amount of evidence would ever restore the confidence I once had in Christianity, no argument would ever fully convince me to say with absolute certainty that God cares about me. My faith had come to an end virtually against my will, and in its place were uncertainty, anxiety, and no small amount of grief.

There was one thing left, though, one thing I wasn’t sure I had, in over two decades of being a born-again Christian, ever understood: actual faith. In the middle of those dark days of doubt and despair, it occurred to me that real faith might take more work than I had ever imagined. Not to convince my logical brain to keep quiet, but to look beyond self-absorption and admit the comically small reach of my understanding. Skepticism is an endless, self-perpetuating spiral; it doesn’t take much effort to doubt. Believing that there is something bigger than human beings, something better than the tragic world in front of us is hard.

I cannot say I have faith figured out, but I’ve resolved never to stop searching for it. In the meantime, I’ve learned a lot about what faith is not: it is not radical certainty, it is not textual fundamentalism, it is not attempting to silence reason or facts. It’s not about having a cohesive worldview, a watertight theology, or absolute truth. It’s not about family values or moral judgments. Surely true faith can come only after taking full measure–really, deeply experiencing–the despair at hand. It’s about finding a way to hope in spite of the doubt, in spite of what, on some days, feel like overwhelming odds.

Thank you, David. Keep up with David by following him on Twitter or his posts at Patrol.

read next post
This Christmas, Redeem the Goat
archives most recent
More from Beliefnet and our partners
previous posts