Unlike a lot of my Internet friends, I’ve actually met Tyler Clark in person. It wasn’t long after he began working at Relevant Media Group, and I joined the Relevant team for a weekend staff planning retreat in Orlando (I wasn’t on staff at Relevant, but at the time was writing a lot for them, as well as consulting on some stuff). If I remember correctly, Tyler and I and some other guys went to a dueling piano bar and were disappointed in the fact that the dueling pianists weren’t really that aggressive toward each other. 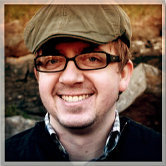 I like Tyler. He’s funny, dry, thoughtful, honest and was one of the best parts of the original Relevant Podcast crew. After departing Relevant, Tyler moved to Nashville and does marketing for music and political media companies.

As we discussed the topic, Tyler brought up some of the difficulties in writing a post like this. “I feel like I want to clarify somewhere that I’m not a theologian,
church leader or scholar,” he wrote. “I’m rarely the smartest guy in the room. I’m
just a dude with questions. I’m not claiming that my questions with
Christianity don’t have good answers. I just haven’t found them yet.”

For the record, that’s exactly why I wanted to include Tyler in the “Voices of Doubt” series. Because he’s a “dude with questions.” Here’s Tyler Clark:

My Christian faith–along with many things in my life–was always rooted in fear. Fear of hell. Fear of being wrong. Fear of disappointing my friends and family. Fear of giving up a lifestyle with which I was quite comfortable.

I always hated the connection between faith and fear–knowing that fear is temporary and faith should be eternal. One summer that I worked at a Christian youth camp, I intentionally would not mention hell, the devil or anything fear- based when presenting the Gospel to teenagers. When our faith is based in fear, I believed, it simply becomes a transaction with Jesus: I’ll follow you, and you’ll save me from hell.

As I got older, my prediction became true. My fears began to wash away, and they took my faith with them.

Belief has never been easy for me, but I was always too scared to ask the big questions. I was afraid that if I really examined scripture, history, science and the like, my faith would crumble, which was something that I couldn’t allow to happen.

So I tucked those doubts away and shined it on. I went to a Christian college, worked for Christian companies and stayed in Jesus Land. I surrounded myself with the things of God because I couldn’t figure out how to surround myself with God Himself.

The pro-faith answers that I would find would usually come in one of three forms:

a. Using the Bible to explain the Bible

Me: What evidence do we have that the Bible is God’s word?

Well-Meaning Unhelpful Person: Because it says so in Matthew 1.

Me: Thank you. Although I’m sure you are well meaning, that was completely
unhelpful.

b. The George Michael defense

“You can’t prove it. That’s why they call it faith,” people tell me, suggesting that Christianity isn’t required to make one lick of sense.

However, if I told these same people that I choose to put my faith in the saving grace of Harry Potter, Jack Shephard or Ziggy Stardust and the Spiders from Mars, they would think that I’m a delusional nutcase.

Yes, faith is “the evidence of things unseen.” While unseen is often viewed as the key word in that verse, I’m fascinated by the evidence part.

In my experience, Christians tend to think that there are only two options: Christianity and atheism.

It
seems easy to forget that Christianity is more than just a belief in
God’s existence. When I tell people about my struggles with doubt, many
people automatically assume that I’m doubting the existence of God. They
usually make an argument against atheism, which–as I am not at all
leaning toward atheism–is not really what I need.

For
me, acknowledging the existence of a Creator has been the only way to
explain much of life, love and the world around us. Therefore, I’ve
never doubted God’s existence or his natural by-products–creationism,
intrinsic morality, afterlife.

God and I are A-OK. It’s
Jesus and I who are on the rocks. It’s very possible to have certainty
that a Divine Creator exists while lacking certainty in the legitimacy
of Scripture. What I need is not a case for a lowercase god but one for
the uppercase biblical God.

Anyway, these questions grew louder as my faith grew quieter, and I became tired of shining it on. Eventually, the doubts drowned out my fear. It became time to embrace the questions.

Three months ago when my aunt and uncle were murdered, I believed that something would happen to my faith or lack thereof. Surely, I thought, something like this presents a fork in the road. Either Jesus and I will truly reconcile, or we will shake hands and part ways for good.

Instead, nothing happened. I found it hard to pray during that time, but I coveted the prayers of others. During the funeral, I mouthed the words to “How Great Thou Art,” but I resented the song itself. I was confronted with the tired old questions that I thought I’d long-since put to rest. Still, this experience didn’t change my beliefs. It just kept them in limbo.

I want to rediscover Jesus, but I cannot wait for Him to arrive. The seventh chapter of Matthew says that “everyone who asks receives, and he seeks will find.” It’s time to stop waiting and start asking.

I hope that some day soon my faith in Jesus Christ and my relationship with him will flourish with renewed confidence and passion. Not to get too Anne Ricey, but I want a faith that rewards introspection, acknowledges reason and has compassion for all. I need a faith based in truth and love–and no longer fear.

After all, any God worth believing in is bigger than the doubts that I have in Him.