The Truth about My Doubt

I grew up in a church that taught me that God is a God of truth. The one true God. “The word of the Lord is right and true,” wrote the Psalmist. “Redeem me, O Lord, the God of truth,” David prayed.

I learned that God’s truth could protect me (Psalm 40:11). The proverbs taught me that the Lord detests lying lips, but loves those who are truthful.

Jesus said “I tell you the truth” on just about every page of the Gospels. He said he wasn’t just the way and the life, but also the truth (John 14:6). I learned to pray that the Holy Spirit — the “Spirit of truth” — would guide me into all truth.

I learned that Christians should speak the truth in love, that God wants all men to be saved and come to a knowledge of the truth, and that a parent’s greatest joy would be that their children would walk in truth (3 John 1:4). I learned that true worship was to worship in spirit and in truth.

God’s word is true. The Bible is true. God is true. Jesus is truth. Truth was not relative but absolute, and that absolute truth was found in God. All truth, I learned, is God’s truth.

Christianity is true, and it is a pursuit of truth, and it is about truth. This is what I learned.

Then I became aware that parts of the Bible didn’t seem to agree with each other. There were two creation stories in Genesis, with contradictory details. 1 & 2 Kings and 1 & 2 Chronicles seemed to be telling the same stories about the same battles and same kings, but with inconsistent facts and figures. There were discrepancies between the New Testament genealogies, and the birth of Jesus, and the trial before Pilate, and the resurrection narratives, and there larger disagreements between the overall viewpoints of Matthew, Mark, Luke and John about who Jesus was and what he came to do.

Having learned that the Bible was true at face value — that all of it came from God, that it was God’s true Word for us — I didn’t know what to do with these contradictions. Because at face value, I had to acknowledge the truth that they didn’t match up.

But that can be explained, the apologists said. You have to read it this way, or understand that one writer saw this and the other writer saw that and each one may be leaving out a detail, but between the two of them they are telling the truth, and getting the details right. Step away, please. No problems here.

Then I asked: But why does the New Testament give two different accounts of how Judas Iscariot died? In Matthew, he commits suicide by hanging himself. In Acts, he buys a field, falls down in it, and his body bursts open and he dies by accident. Which one is true?

The truth, I was told, is that both are accurate because both could have happened. Couldn’t he have hanged himself, and then fallen from the rope, his body bursting open? Couldn’t both be true, but each author is just painting part of the picture for us?

But, wait, I thought. Having learned the importance of truth, and of learning that it was important to take the Bible not as myth or allegory but at face value, I wanted to approach these contradictions — and these are just two of many — from a common-sense perspective. Common sense says that the stories don’t match up, so one of the writers must have gotten something wrong. If there are two accounts of a single event, and these descriptions have contradictory details, then both descriptions can’t be historically correct. That seemed true.

The full truth, it was implied — God’s truth — was available not in taking these individual scriptures at face value, but in harmonizing them so they matched up, so they didn’t contradict the other scriptures. The real truth could be found in the imaginary harmonized Bible we were creating in our heads. Not in the one actually written and preserved over the centuries. We needed to do these interpretive acrobatics in order to figure out what was really truly true.

That “truth” did not satisfy me.

Because this is what it implied: that it was important to seek the truth, unless the truth got in the way of what we already believed.

This, also, does not satisfy me.

I was brought up to love the Bible and to love the truth. And I still love the Bible, and I am still passionate about truth. But because I value both the Bible and the truth, I now encounter problems when I read the Old and New Testaments. I see too much. I encounter too many questions. And I am suspicious of just-so Bible answers, and let-me-explain-this apologetics, and the idea that I should take it literally except for a few cases where that doesn’t work. This is because I am committed to the truth.

My love for the truth — installed in me by my religious upbringing — has caused me to doubt.

And this makes me sad. 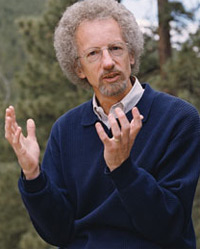