Rob Stennett on the Genesis of Doubt

I first ran into Rob Stennett around the time his first novel, The Almost True Story of Ryan Fisher, released in 2008. He was doing research on the End Times for his satirical rapture novel, 2009’s The End Is Now, and ended up with a copy of Pocket Guide to the Apocalypse. We share both a sense of humor and suspicion of end-of-the-world movements.

Anyway, both of Rob’s books are excellent — religious and funny in the best kinds of ways — and he and I have kept in touch since. I’m looking forward to his next book, which releases in the spring. It’s a supernatural thriller about a man-made haunted house, and because religious people are involved, you can bet there’s some sweet demon action in it.

I have no idea what that last sentence means, but already I regret writing it.

I’m pumped that Rob was willing to contribute today’s “Voices of Doubt” entry. Enough of me…

It’s not that I don’t have doubts about God. I wonder the same things we
all do: Is God really out there? If God can heal people from cancer why
not make it obsolete as a VHS tape? Why is there suffering at all? And
what were you thinking when you created the Kardashians? Or BP Oil, for
that matter?

But I was raised as a good Pentecostal Christian,
so I feel guilty about doubt. I was taught faith moves mountains. Doubt
turns you into Bill Maher.

Still, today I’ll try to give a
broader reason for my guilt — the book of Genesis. So many stories in the
first book of Bible seem to have a clear-cut moral: Have faith in God
and you will be rewarded. Doubt and your life will unravel in Biblical
proportions.

Let me show point to two stories in particular that highlight this idea:

1. Adam and Eve: Most
of you know this story. And if you don’t — if you’re on a religious blog
and don’t know the story of the first couple — then what a crazy place
the Internet is! For that one person, here’s a recap: Adam and Eve are
in the garden where Satan himself appears (in the form of talking snake,
which always make me think: Were there other talking animals in the
garden? Talking pumas? Speaking otters? Insightful velociraptors?). God
says not to eat from the Tree of the Knowledge of Good and Evil, or they
will die. The snake says, “You won’t die, you’ll be like God.” He’s half
right. They don’t die but they’re kicked out of their cushy existence
of walking around naked, naming talking animals, and eating succulent
fruit.

2. Abraham and Isaac: God tells Abraham to
sacrifice his son. Literally sacrifice. Stab your son to death, and then
burn him on a pile of wood. Abraham ties his son to the altar. In
Genesis 19, we’re given no dialogue at this moment. No internal
monologues as to what Abraham is thinking. Father Abraham just ties his
son up and raises his knife until an angel of God says, “Abraham stop!”
He reveals a ram for them to sacrifice and says he’s so proud that
Abraham’s decedents will be like stars in the sky. As an added bonus, a
song will be named after you that children at Bible Camp will sing
tirelessly until the end of time.

These two stories are the Ying and Yang of doubt to me.

Adam
and Eve doubt the command of God and all of human history is changed.
They get a lot of flack for this, but really I might have done the same
thing. I empathize with Adam and Eve because they could not take God’s
word at face value. They had to test things out for themselves.

Abraham
has faith, but he seems to follow God with a robotic obedience. I think
maybe if I could have seen Abraham wrestle — if I could have seen him ask
God, “Is there any other way?” — then I could latch onto some humanity in
this story. But we never see Abraham doubt. He is celebrated for this
in the Bible and in Sunday morning sermons.

So shouldn’t I be
like Abraham? Shouldn’t I have faith, no matter what I’m facing? Maybe I
should. But I don’t. I still doubt sometimes. And when these stories
make me feel guilty about that doubt, I realize two things:

1. I should wrestle with these stories. So
many others have. There have been lots of interpretations about what to
make of Adam and Eve. For me, I’ve always wondered why was it “the tree
of knowledge” that got them in trouble. Does knowledge push us away
from God (like Jason discusses so insightfully in O Me of Little Faith)?

And
the Abraham and Isaac story makes me wonder how could God test Abraham
like that? How could he ask him to kill his own son? Some think this is a
picture of the sacrifice of Christ in New Testament. Congrats, Abe and
Isaac: You’re an object lesson. Others, like the author of Hebrews,
think if Abraham had killed Isaac, God would have raised him from the
dead. No one knows for sure. But if a book of the Bible wrestles with
this story, maybe I can too.

2. Both found God. Adam
and Eve were kicked out of the garden, but they weren’t separated from
God. He still interacted with them. Abraham had his own dust-ups. And
maybe this is also the point. Faith can make things go more smoothly.
Doubt can make the journey really difficult, but it can also grow us
closer to God.

These aren’t my definitive answers. But I
can say I’ve wrestled with these stories (and many others) for years.
So, I’d love to hear your thoughts.

What do you make of these stories?

What Bible stories (passages) cause you to doubt?

And how do you reconcile those doubts?

Thank you, Rob. Follow Rob Stennett on Twitter and check out The Almost True Blog at robstennett.blogspot.com. Read more about his books here. 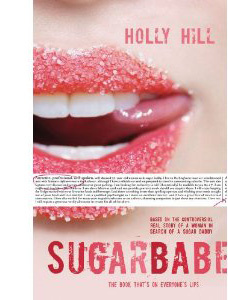 'Negotiated Infidelity' is Stupid and I Am Not a Hero: A Rant
archives most recent
More from Beliefnet and our partners
previous posts