Nicole Wick: The Worst Breakup Ever

As I mentioned prior to last week’s post by Anna Broadway, I think it’s time to begin listening to other voices beside my own as we talk about religious doubt and spiritual uncertainty. I’m going to make this a regular feature on Fridays and hand the Bnet keys to other writers and bloggers to discuss the subject. My instructions to them are pretty simple: Write about doubt and how it has impacted you personally. 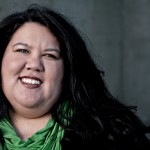 I have a long and illustrious history of being in the wrong relationship
with the wrong man at the wrong time. That includes the man who was
way, many years older, the man (men?) I followed home from bars, and of
course the man who became a twice-convicted felon. It’s a beautiful
disaster, really.

Just as impressive as my dating history are my breakups. I’ve had some
real doozies, starting with my very first wide-ruled,
felt-tip-marker-written “Dear John” letter to my 6th grade sweetheart
(Jeffery, where did we go wrong?) right through being pushed against my
dorm room wall (yeah, it’s complicated). But none of it compares to my
absolute, dead worst breakup of all.

It was a surprisingly amicable breakup. I decided that all of my prayers
weren’t really getting me anywhere, and I was angry. So one afternoon
(this really is a true story) I sat down for a quiet conversation with
God and let him know that we were going on a break. I was tired of
rolling his holy dice and thought I would try things my way. Ours was a
typical breakup conversation: “It’s not you, it’s me… except that it
really is you… I just need my space… Don’t call me, I’ll call
you….” You know, the usual. He took it all quite well, really.

At the time, my husband and I were in the midst of our third separation.
Third. I was miserable. And exhausted. For four years I had poured my
heart out to God. I prayed for reconciliation, restoration, and freedom
from an addiction that had torn us apart. And despite all of my tears
and all of my prayers, there we were, still trapped in all of our old
patterns. Needless to say, it sucked.

I grew up a devout Catholic girl and converted to Protestantism in my
late teens. I’ve always known God was there and have never doubted his
existence, but during that season I certainly doubted his goodness. I
doubted his willingness to hear my prayers, and I doubted his blessing.

And yet, in my doubt I loved him.

The afternoon of our breakup, I called my friend Kate and filled her in
on my conversation with God. I asked her to pray for me because I knew
that I needed it and that I wouldn’t be praying for myself. I guess you
could say that I even doubted my doubt. And then my silent treatment
began.

My breakup with God was much shorter than my breakup with my husband.
God and I were back together after about three months. And he remained
faithful even in my silence. When I look back and force myself to see
past my toddler-like behavior, it’s amazing to think about all that he
was revealing to me even as I pouted and kicked rocks.

I learned that he is a big, big God, capable of handling my angry words
and my criticism.

I learned that his arm is long enough enough to let me go and explore my
faith, or my lack thereof, all the while keeping me within his reach.

I learned that Psalm 86:15 is no joke. He really, truly is compassionate
and gracious, slow to anger, and abounding in love and faithfulness.

I learned that it’s okay to doubt. He gets it. He got it that day on the
water with Peter and he got it during the great breakup of 2005.

And most importantly, I learned that even when I doubt, he loves.

And don’t miss her excellent blogging at her own site as well as at XXXchurch.

Her post yesterday about living in the present tense — despite your imperfections — is especially worthwhile.