The Strange Journey of Ted Haggard

I’ve been intrigued by the journey of disgraced evangelical preacher Ted Haggard, which keeps inching its way into the news cycle but never really gains as much traction as I think it deserves. 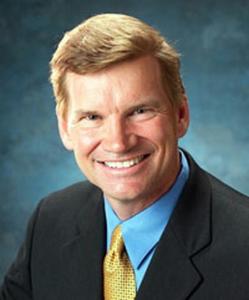 1984
Haggard founds New Life Church in Colorado Springs. It grows from 22 people meeting in the basement of his house into a megachurch of 14,000 members.

2003
Haggard is named leader of the National Association of Evangelicals. He advises President George W. Bush and is considered a highly influential voice among conservatives due to his stature in the evangelical community.

2006
A prostitute named Mike Jones alleges that Haggard paid him for sex and used meth. Jones came forward to expose Haggard’s hypocrisy, since the pastor had publicly supported an amendment to ban same-sex marriage in Colorado. Haggard fesses up to some of the allegations, steps down from his pastoral position at New Life, resigns as president of the NAE, and generally puts his family and church through the whole big media scandal machine.

2007
Haggard moves his family to Arizona for “spiritual restoration” but ends it early with the approval of a team of advisors who are walking with him through the process. As part of his severance package with New Life, he agrees not to start a new church in the Colorado Springs area.

2008
The severance deal with New Life ends and Haggard returns to Colorado Springs. He starts a career selling insurance.

2009
Other allegations surface, including one from a young male church member who alleges inappropriate, non-consensual activities back in 2006. New Life reaches a six-figure settlement with him. The HBO documentary The Trials of Ted Haggard is released by Alexandra Pelosi. Haggard and his wife, Gayle, make the media rounds to apologize for the scandal and tell their side of the story. (Ted wanted Gayle to divorce him. She decided to stay.) In November, they hold standing-room-only prayer meetings in their home, and Haggard refers to them as “church gatherings,” but he denies that they’re starting a church.

2010
In January, Gayle Haggard publishes a book, titled Why I Stayed. In April, Haggard files papers in Colorado to incorporate a nonprofit called “St. James Church,” with his and Gayle’s home address in the documentation. In May, when asked if that meant he was starting a church, he says no, revealing that the incorporation is an accounting vehicle for his speaking income and traveling fees. When asked if “St. James Church” might someday become a congregation, he says “there’s no way to know the future.”

Then, on June 2, he announces that he is indeed starting a church: St. James Church, where, he says, “Everyone is welcome: Democrat, Republican, gay, straight, bi, addicts,
tall, short.” At the press conference, he’s backed by his family members and, oddly enough, a documentary team. Oh.

I’m all for grace, mercy, restoration, and love for sinners, because everybody screws up. I’m also a big believer that people who know failure intimately are best equipped to minister to other failures. That makes a lot of sense, and it fits pretty neatly into the message of the Gospel.

But Haggard’s journey raises several red flags for me:

1. Is three years long enough for Haggard to “get better”? Is he returning to the pulpit and church leadership too soon? He was exposed for having some pretty serious moral, spiritual, and psychological problems, and then he ended his “restoration period” early. That gives me pause.

2. It seems to me that one of his big problems is/was dishonesty. Whether or not he identified himself as a homosexual, he definitely fought some same-sex urges at the same time he led a church and an organization that publicly disapproved of homosexuality. Yes, it’s hypocrisy but it’s also dishonest. Like the previously discussed clergy who don’t believe, he was wearing a mask in front of the people he was supposed to be leading. In a religious system built upon a figure who called himself “the way, the truth, and the life,” a lifestyle built upon a lie is a big problem.

3. The dishonesty seems to be continuing, isn’t it? He denied that “St. James Church” was the first step toward starting a church…until announcing it was exactly that three weeks later. Why? Why not be honest about that from the beginning? Maybe I’m being a little too morally straight here, but is it a good idea to start a church with a lie?

Update: My friend Mike Foster, at People of the Second Chance, knows Ted and Gayle Haggard and writes, “I love and support these two people without reservation.” I love what Mike does and am inclined to trust his judgment — especially in situations where he clearly knows more than I do. And of course, as a Christian, I think it’s important to love the Haggards. But I have to stop short of the “without reservation” part. From where I stand, I definitely have a few reservations.

Update #2: Yes, that’s the real Ted Haggard who commented at 2:09 pm today. We have conversed with each other via email this afternoon. I won’t recap our private conversation, but I did ask him if he’d be willing to clarify or answer to the “presuppositions” he said I’d gotten wrong — I suggested an interview or even a guest post — but he has declined.

Lots of issues here. What do you think?