My relationship with Preemptive Love Coalition is a complicated one, and it’s a story I’ve told elsewhere and won’t get into here. You can read more about it here and here. But suffice it to say, this is one of my favorite organizations because they aren’t just doing meaningful work (saving kids’ lives through heart surgeries) but they are doing deeper work below the surface (building bridges between Christians and Muslims). And, for what it’s worth, they’re doing fashionable work, too, with the Buy Shoes, Save Lives thing. 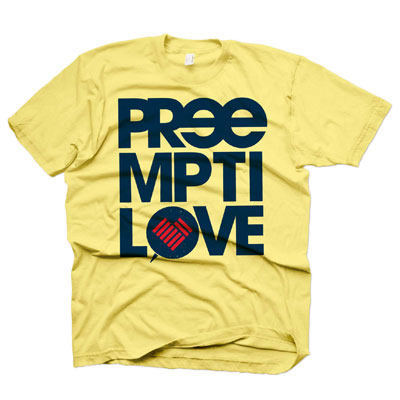 My relationship with Lauren Sawyer is also complicated. We’re online friends. I can’t remember how we met — she was entering college and had read some of my work in Relevant Magazine or one of my books — but we got in a discussion at one point about her career plans and I was very honest about a specific part of it. Long story short, I totally dashed her dreams. I took something she’d been working toward for years and, not knowing any better, I trashed it with some “advice.” It was unintentional, but I felt really bad about it.

She remained a loyal reader, though, and since ruining her life I’ve felt sort of a big-brotherly affection for her. In the wake of re-examining her career plan, she started looking in new directions, and through my various mentions of Preemptive Love Coalition got turned onto their work. She’s spending this summer working as an intern for them in Iraq.

(It is so weird to me that, simultaneously, I have had such a negative and positive influence on her life, by the way. In fact, that I’ve had an influence at all.)

Anyhow, I asked her if she’d be interested in an interview about the work she’s doing, and she happily agreed.

JB: To start, could you explain for us the work and focus of Preemptive Love Coalition?

Lauren Sawyer: Preemptive Love is a non-governmental organization in northern Iraq that funds heart surgeries for kids with congenital heart disease (CHD). CHD has been linked to several different causes, including Saddam Hussein’s chemical attacks on the Iraqi Kurds during the late 80s. The children of those affected by the chemicals are suffering the consequences by the way of heart defects.
PLC funds these heart surgeries through donations and local business. They partner with Iraqis to make shoes called Klash, average-joe shoes in Iraq, shoes as common as flip-flops are in the States.
When the funds are collected, kids are flown out of Iraq to Istanbul, Turkey for surgeries.

Wanna tell the story of how you got hooked up with PLC?

I went to college for journalism, in order to work for a specific magazine. I had everything planned out: I’d work for my school paper, take certain classes, network with the right people – just to get a job with this magazine. A big part of that was interning with them this summer.
But it didn’t work out.

To spare the details, my idealistic view of that job and internship were crushed, and I was forced to move on. It was around that time, last October, that I started reading Donald Miller’s A Million Miles in a Thousand Years, a book all about living a better story. Up until that point, I wanted to live a very wimpy, me-centered life. Reading this helped me “get over” my previous dream, and begin looking for a new one. 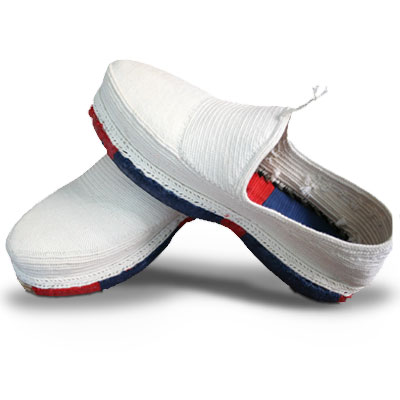 In December, I read your blog post about a T-shirt promotion for Buy Shoes. Save Lives. I had read about BSSL in RELEVANT Magazine a few years ago, but I didn’t know anything about its umbrella company, PLC. After following the link from Jason’s blog to PreemptiveLove.org, I read its mission statement and fell in love with the organization’s dedication to creativity and peace in the Middle East. From there I applied for the internship, begged my mom to let me go, and raised funds.

Now I’m here in Iraq, living a bigger, better story than I had ever imagined for myself.

As an intern, what do you do?

I am in charge of PLC’s year-end review, which will be distributed to donors and to college students on our fall Heartmender Tour. The booklet contains stories about kids we’ve helped in the past year, grassroots supporters, two of the doctors we work with, and our Klash maker, Aram.

I also contribute to the blog and meet kids who have had heart surgeries and those waiting to get help.

A huge part of this internship is the experience of living in Iraq. As interns, we spend time outside the house, shopping at the bazaar, eating out at restaurants, walking to the market to get ice cream. We experience the hot temperatures (100+ degrees and sunny), the broken air conditioners, daily power-outages and crazy Iraqi driving.

And most importantly, we write home and blog about our experiences in Iraq so that we can dispel some of the rumors and stereotypes about this side of the world.

What are some of the biggest challenges of living in Iraq?

Women are not given as many freedoms as men. It’s not appropriate for us to look men in the eyes, wear tank tops or shorts, or hang out in parks without men. There are some restaurants women aren’t allowed in either. (The cheaper ones, go figure.) I’ve grown up believing that women can do whatever men can do, but in this culture that’s not entirely true. Men and women have separate roles. It’s hard to rid myself of my American mindset.

It’s also hard not knowing the language. I’ve learned the basics – yes, no, hello, thank you, you’re welcome – but it’s not easy feeling comfortable in the bazaar or downtown. Plus, we’re in the Kurdistan region of Iraq, where everyone speaks Kurdish, not Arabic. So not only is there a language barrier, but it’s even harder to overcome because Kurdish is not a common language (i.e. Rosetta Stone does not have a Kurdish version). Fortunately, I’ve mastered the phrase, “I don’t speak Kurdish.”

What has surprised you about life in Iraq?

People are just people no matter where you are. Even though we have this language barrier and Iraqi culture is definitely different than American culture, that doesn’t mean you can’t relate to people.

Before traveling to Iraq, I had no idea what to expect. The media has conditioned me to believe that all Iraqis hate Americans, carry guns or wear burkhas, have thick mustaches and live in sand-colored huts. Though some of that is true of some people, it’s not true of the majority. Case in point: I have Internet access. I’m writing this in a café with a bowl of chocolate ice cream I ordered from a friendly guy who knows English. The guys at the table caddy-corner to me are wearing Polos and texting on their Nokias. And only one guy has a bushy mustache.

What is the best way for people here in the U.S. to help Preemptive Love Coalition?

Donate. There’s no use beating around the bush. It costs money to send kids to Turkey for heart surgeries. PLC is very open about how they spend their money – you can check that out on their site. I encourage everyone to donate or buy Klash, t-shirts or scarves at PreemptiveLove.org.
I like how straight forward PLC is about this: Buy Shoes. Save Lives. It’s as easy as that.

What do you plan to do after this internship?

Thank you, Lauren. Once her internship ends, Lauren will return to Indiana Wesleyan University, where she’s a journalism and writing major who also works as managing
editor for the university newspaper, The Sojourn. You can keep up with her Iraq experience and everything else at Lauren’s personal blog and on Twitter.