You heard the Massachusetts story last week about Jesus Christ getting hit by a car, right? Turns out there’s a Belchertown resident — a dreadlocked, cross-dressing artist who had his name legally changed to “Lord Jesus Christ” — who was injured while crossing the street. A car hit him, even though he was in a crosswalk.

All the news networks picked up the story, but the best part of it were the unintentionally hilarious lines in the newspapers.

Just from the Masslive.com story linked above, we have these gems:

“Really? That’s amazing,” said Jesus Christ, who said he was unaware of
the attention generated by his accident. [Even omniscience has trouble keeping up with the current news cycle.]

Jesus Christ has no telephone and no access to the Internet at home. [If he did, the anachronism would just be too much.]

He said he does not believe the accident was intentional but Jesus
Christ has hired a lawyer anyway. [And you thought the grace-versus-Law debate had been settled.]

A Detroit native, Jesus Christ resettled to Belchertown about 10 years
ago after his sister moved out here and spoke highly of Western
Massachusetts. [Too. Many. Jokes.]

This explains why Jesus occasionally seems absent from my daily life. It’s because he became an artist in Massachusetts.

I never thought to look there. 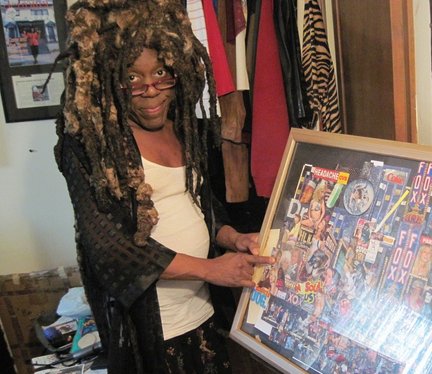 Is Doubt an Eraser?
archives most recent
More from Beliefnet and our partners
previous posts