File this under “tooting one’s own horn,” but I don’t care. Due to some timing problems, the first press run of O Me of Little Faith won’t have any of the endorsements on it. This doesn’t matter to a lot of you, because 1) you’re not interested in it anyway, regardless of what someone famous says; or 2) you were already planning to read it, regardless of what someone famous says.

But endorsements are important, and they help give you an idea of what the book’s like before buying. So I’m going to list here the ones I know about from the Zondervan product site (there may be more).

If you want to preorder, go ahead. Thank you. The book should ship within a couple of weeks.

“O Me of Little Faith will not solve your doubt problems, but it will be a friendly, helpful companion through your doubts. Told with an uncanny knack for finding the right story, Jason Boyett’s memoir of doubt will help all of us in our faith.”
— Scot McKnight, Karl A. Olsson Professor in Religious Studies, North Park University

“Never before have I known of—much less ever read–a book about Christian doubt that is chock-full of laughter and sanctity, confessional candor, and credible confession all at one and the same time. In fact, I did not even know that such a book could be written; but that’s exactly what Jason Boyett has done. O Me of Little Faith is the work of a devout, passionate, and believing doubter, and it has the ring of truth on every single page.”
— Phyllis Tickle, author of The Great Emergence

“Crackles with humor and truth. Not recommended for people who are afraid of either.”
— Daniel Radosh, author of Rapture Ready! Adventures in the Parallel Universe of Christian Pop Culture

“It’s been said that if your beliefs, whatever they may be, cannot undergo scrutiny, then they’re not worth holding. Jason Boyett isn’t afraid of putting a magnifying glass to his faith and asking tough questions that some people would rather ignore. I think both Christians and atheists will agree that he’s better off because of it.”
— Hemant Mehta, author of I Sold My Soul on eBay and blogger at FriendlyAtheist.com

“Jason Boyett may call himself a spiritual weakling, but the way he hangs it all out there in this book makes me marvel at his strength. This is a courageously honest book. Jason not only makes it okay to doubt, he makes it okay to believe.”
— Tom Larson, founder of Healing Waters International

“Don’t mistake Jason Boyett’s book as just another memoir; it’s a necessary voice in an important conversation. He leads by example, dispelling the myths that Christians have it all together and never struggle with belief. If we all addressed faith with the same honesty, transparency, and thoughtful reflection as Jason has here, the church undoubtedly would be in a much better place today.”
— Christian Piatt, editor of Banned Questions About the Bible (February 2011)

“Jason Boyett has written a thoughtful, humorous narrative on doubt and faith. The questions he asks in the introduction alone are worth the price of admission, but it’s the way that he explores these questions with fear and trembling (and very funny footnotes) that make this book a must-read.”
— Rob Stennett, author of The Almost True Story of Ryan Fisher and The End Is Now

“Mr. Boyett’s memoir, O Me of Little Faith, is a hilarious, thought-provoking essay of excruciating honesty and courage. It thankfully opens a refreshing window in the realm of Christian non-fiction, letting some much-needed oxygen flow into a genre often bogged down by stuffy platitudes and false piety. I will read anything and everything he writes!”
— Tess Mallory, author, Highland Rebel

“An engaging, wonderfully human portrait of faith and doubt for those among the next generation who identify as both ‘Christian’ and ‘intellectual’—and sometimes struggles to reconcile these two categories.”
— Donna Freitas, Author, Sex and the Soul: Juggling Sexuality, Spirituality, Romance, and Religion on America’s College Campuses

Big thanks and appreciation to all of you who endorsed. I’m especially thrilled at the crazy diversity of this group.

It includes, in no particular order:
• An atheist
• A self-described “secular Jew”
• A major voice in the emerging church
• A highly respected New Testament scholar
• An Ivy-league religion scholar who is Catholic
• A satirical Christian novelist
• A mainstream romance novelist
• A former advertising copywriter-turned-missionary-turned-humanitarian with only nine fingers
• A jazz/spoken-word recording artist

My secret is that I wrote it precisely to address the needs of people in the categories above. So…success! 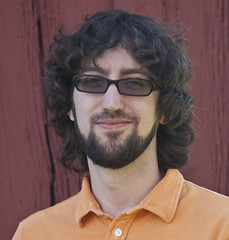