The Greed Principle: The More You Get, the Less You Have

Those who want to get rich fall into temptation and a trap and into many foolish and harmful desires that plunge people into ruin and destruction. For the love of money is a root of all kinds of evil. Some people, eager for money, have wandered from the faith and pierced themselves with many griefs. 1 Timothy 6:9-10

The Apostle Paul wrote this warning in the first century to a younger Christian named Timothy, and in this letter he’s warning him against the dangers of the pursuit of money. Paul wasn’t warning Timothy about money because he wanted him to be poor or destitute. Money in and of itself isn’t evil. Money can be a good thing. But the dangerous thing about money is that it can distract us from the best thing.

What temptations and traps can you fall into by wanting to get rich? Have you ever made a financial decision that you regretted later on because you were trying to keep up with someone else? Have you ever taken a job that you shouldn’t have taken, but you did it because it paid more? Have you ever cut corners, lied, cheated, betrayed your own integrity, just to make a little more money?

And the trap of money is that it promises that if you buy this one thing or you make this much money, you’ll never need anything else. But it’s a trap. You can buy a brand new top of the line car, and that will satisfy you until next year’s cars come out. The pursuit of money is a trap because it’s a never ending cycle. The goalposts will always keep moving. No how much money you have, it will never be enough. You’ll always want more. And once you fall into the trap of pursuing money, you only end up harming yourself. Money can destroy the things that ultimately matter the most to us: relationships. Has the pursuit of money ever ruined a family?

Paul continues on, saying that the love of money is a root of all kinds of evil. The term that we use for something like that is a “gateway drug.” Working with addicts for the past seven years, we heard this phrase constantly. When an addict would admit that they used serious hardcore drugs, ones they promised themselves they would never use, and when we talked through how they got there, it always started with recreational drugs, something they thought they could control but eventually led to their downfall.

It can even cause Christians to wander around the faith. Do we struggle with that in America, since we’re so wealthy? Have you ever known someone who was raised in the faith but now they only attend once or twice a year? It’s not necessarily that they stopped believing, but they’ve become so affluent and there’s so much stuff to do on the weekends, that people begin to believe that they don’t really need God. They’re rich enough to not need anyone. Their wealth has caused them to wander from the faith.

The Greed Principle: The more you get, the less you have.

When we spend our lives in an unashamed pursuit of more, we’ll end up losing everything. You may get more money, more zeros in your bank account, nicer clothes, newer houses, more cars, extra vacations, but along the way you’ll lose your way, you’ll lose the relationships most valuable to you. You might even lose your soul. 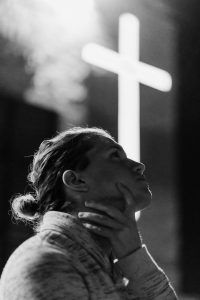