God’s Mightiness on Display in New NASA Images of Space 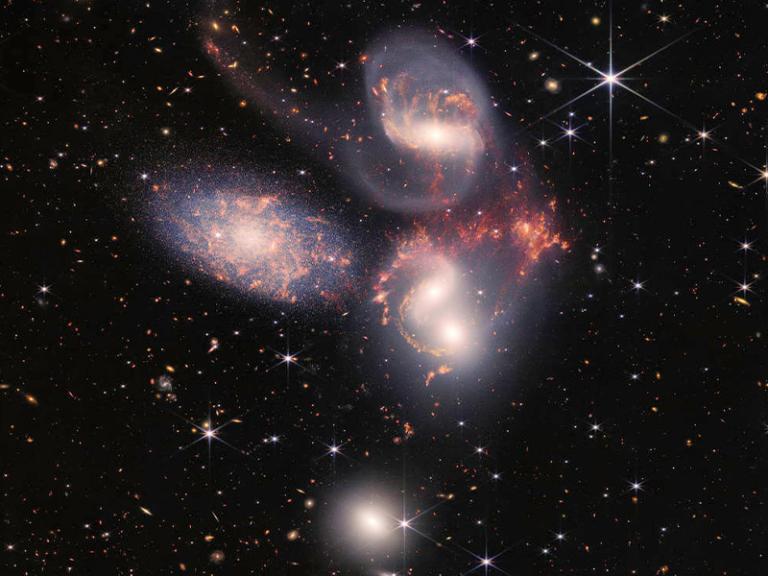 “The heavens declare the glory of God; and the firmament sheweth his handywork,” says Psalm 19:1. Those words rang particularly true as NASA revealed the first images from its newest space telescope on Monday. A Tweet from NASA read, “Better together. International collaboration gave us the most powerful space telescope ever made, and the deepest infrared views of the universe ever seen. With our partners at @ESA and @CSA_ASC, the science can begin…” The image comes from the James Webb Space Telescope, a $10 billion telescope made possible through a partnership with NASA, The European Space Agency (ESA), and The Canadian Space Agency (CSA).

The new telescope reaches further into space than humanity has ever seen before. It is set to replace the aging Hubble Space Telescope. Named after American astronomer Edwin Hubble, the Hubble Telescope was the biggest and most versatile telescope to be launched into space in 1990, allowing scientists to see space without the interference of the earth’s atmosphere. The James Webb Space Telescope will look even further out. The five images that were released, with more to come, show galaxies and stars never before seen by the human eye, reminding humanity just how wide and big the universe really is. “Today, we present humanity with a groundbreaking new view of the cosmos from the James Webb Space Telescope – a view the world has never seen before,” said NASA Administrator Bill Nelson at the unveiling of the images. “These images, including the deepest infrared view of our universe that has ever been taken, show us how Webb will help to uncover the answers to questions we don’t even yet know to ask; questions that will help us better understand our universe and humanity’s place within it.”

This latest scientific breakthrough is a continuation of humanity’s infatuation with the stars. Continuing from Psalm 19, verses 2 and 3 say, “Day unto day uttereth speech, and night unto night sheweth knowledge. There is no speech nor language, where their voice is not heard.” Romans 1:20 expands upon this idea of creation speaking of the existence of God, saying, “For the invisible things of him from the creation of the world are clearly seen, being understood by the things that are made, even His eternal power and Godhead…” Mr. Nelson’s words on humanity’s place in the universe echo the words of Psalm 8:3-4, “When I consider thy heavens, the work of thy fingers, the moon and the stars, which thou hast ordained; What is man, that thou art mindful of him?” With these latest images of a vast and beautiful universe, to know there is a God that cares for such a seemingly insignificant planet as Earth in the midst of all this wonder is truly humbling indeed.

Mr. T Says, “The Nation That Prays Together, Stays Together” in 4th of July Message to Hollywood
archives most recent
More from Beliefnet and our partners
previous posts