Christian artists took to social media to condemn the violence and actions of those who stormed the US Capitol and clashed with police just as Congress convened to validate Joe Biden’s presidential win. These artists also stressed the reality of spiritual warfare, the Christian Post reports.

Some of the rioters who stormed the US Capitol building were carrying “Jesus 2020” signs, “In God We Trust” banners, and a large cross. This drew condemnation from pastors and leaders on both sides of the political aisle.

“There are two kingdoms at war,” Lecrae wrote on his Instagram page. “The empires of man and the Kingdom of God.”

In his post, Lecrae stressed that there are “two Kingdoms at war.”

“Which one has true power? Which one leads people to real freedom? We saw Moses wrestling with Egypt. We saw God-fearing Israelites processing how to navigate the Roman Empire,” Lecrae wrote.

The artist added that he believes God is challenging people to not idolize the empire, along with the freedom it provides.

“None of the world’s empires will last,” Lecrae said. “The Kingdom will reign forever, with a King who will righteously rule. In chaos or calm, our role is to leave a picture of the Kingdom wherever we go.”

“There is a lesson here about what true power looks like. There’s an invitation to listen to the story that God is telling with His voice. There’s a powerful challenge to issue to our hearts about what matters most to us. There’s a message about the seduction of empire, the illusion of control, and the allure of power,” he said.

He followed up with a video, announcing a call for unity and warning against political nationalism.

On Wednesday, dozens of people breached security perimeters of the US Capitol, aiming to stall Congress’ certification of the Electoral College votes. They also hoped to pressure Republican lawmakers to overturn president-elect Joe Biden’s electoral victory.

The riots resulted in at least four deaths and dozens of arrests. 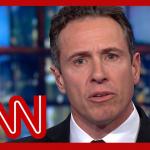 President Joe Biden addressed the “political extremism” that inspired the U.S. Capitol riot and called for collective strength during these turbulent times in his remarks during the National Prayer Breakfast, the Associated Press reports. Biden said that faith is the prescription for the “dark, dark times” our nation is suffering through during the coronavirus pandemic […]