Texas Republican Senator Ted Cruz sent a follow-up letter to Defense Secretary Mark Esper raising his concerns about “religious discrimination” in the Department of Defense (DOD) and how the department should address “its culture of hostility towards religion.”

“The Department must do better. It must take affirmative steps to stop those in its ranks from targeting religious individuals and violating the United States Constitution,” Cruz said.

He specifically sought information on whether the department had brought discipline in a case involving a Christian Air Force veteran, Jay Lorenzen, who was slated to speak at an annual training for Marine Corps (USMC) JAG reservists last month. The talk was scrapped after the Military Religious Freedom Foundation (MRFF) relayed its reservist clients’ concerns about Lorenzen’s beliefs influencing his remarks. Lorenzen was scheduled to make three presentations on leadership at the training event.

First Liberty Institute, which represents a JAG reservist opposed to the cancellation, told Fox News that Lorenzen wouldn’t have included religious elements in his talk. Lorenzen himself has declined to comment on the situation.

“We are grateful for Sen. Cruz’s tireless defense of religious liberty and his dedication to our service members,” First Liberty Special Counsel Jeremy Dys said on Monday. “He is due an answer for why the Department of Defense appears to be ‘vetting’ speakers according to their religion. No one should be canceled because of their religious beliefs.”

In his first letter, Cruz wrote that he worried that the MRFF was “waging a campaign against the chaplaincy, and frankly, against religious freedom in the military generally.” He said the Department of Defense is “unabashedly discriminating” against believers.

MRFF President Michael Weinstein told Fox News that Cruz’s letter was “ridiculous” and “nothing more than red meat being thrown to the fundamentalist Christian electorate that’s out there.”

Cruz has given Esper until Monday, Aug. 10 to respond to his letter. 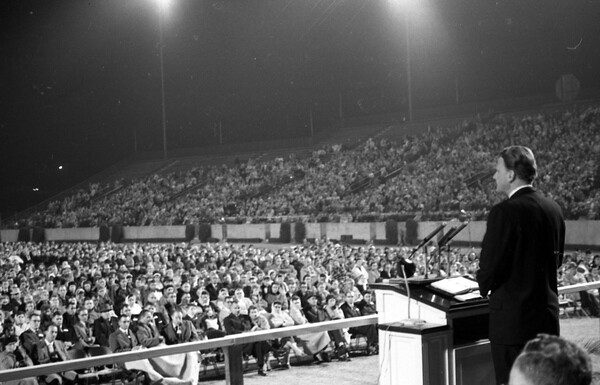