Trump said he’d like to see “churches packed full of people for Easter,” despite the public health risk.

President Donald Trump said Tuesday that he wants the country back to business by April 12, Easter Sunday, despite concerns from public health experts as the coronavirus pandemic worsens.

“I would love to have the country opened up and raring to go by Easter,” Trump said during a Fox News interview.

He also said he’d like to see “churches packed full of people for Easter,” though this timeline conflicts with warnings from health experts and the public health risk.

During the White House briefing he said he “just thought it was a beautiful time,” though he added later that he would listen to the advice of top health officials.

Trump said he’s, “continuing to evaluate the data, working with the task force, and making decisions based on the interests of our fantastic country.”

Dr. Anthony Fauci, the top infectious disease researcher at the National Institutes of Health followed up after Trump’s remarks, saying: “You can look at the date, but you’ve got to be very flexible on it literally on a day by day, week by week basis…You need to evaluate the feasibility of what you’re trying to do.”

While public health experts and local state leaders have cautioned against easing restrictions too early given the massive strain on hospitals, along with even more death and economic damage, Trump said Tuesday he believed the human toll would be greater should Americans continue to stay at home.

“This cure is worse than the problem,” Trump said during a Fox News interview, adding that “in my opinion, more people are going to die if we allow this to continue.”

A White House official expanded on Trump’s remarks saying the president does not view Easter as a date that he can begin to open things up, but a date by which the economy is speeding again. 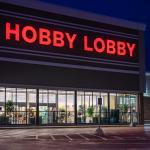