Florida beaches are known for some strange objects found along its shoreline, but this one is truly remarkable.

A painted 20-foot, barnacle-covered wooden cross was found at the water’s edge of a beach along Galt Ocean Mile in Fort Lauderdale, Florida. A group of people dragged the cross onto the beach behind the Ocean Manor Beach Resort, where it is now on display.

Many believe the cross most likely came from Puerto Rico after a series of hurricanes. However others are taking it as a holy sign. Some called it an answer to prayer, a sign, and “divine timing”.

Ocean Manor resort Owner Frank Talerico told local TV station WSVN he had goosebumps when he learned of the cross and believed it was a sign of protection. He said his sister had been praying at the property that morning after having a bad dream.

“You know what? I’m glad it’s here,” Talerico told FOX 13. “It’s staying here and if anybody wants to come see it or take a picture with it, they’re more than welcome.”

Tourist Greg Gay from Michigan also spoke with WSVN, and said he found the cross. Gay, who said he’s not a churchgoer, said he even “felt heavenly about it.”

“We stood there and just stared at it and each other for quite a few minutes in awe,” Gay told FOX 17. “We had noticed all the barnacles and knew it had been in the ocean for quite a while, so why would the sea finally cough it up at just that moment if it wasn’t meant for us to find it?”

John Skorupa, who spoke with Sun Sentinel, was one of the first ones on the scene, and first noticed the cross floating in the water. He believes it’s origins from Puerto Rico make the most sense, but also said “it may be a sign of some kind.” He admits the discovery has also been a bit of a spiritual revelation.

“I called up a girlfriend that I went to church with a few times and I said, ‘Let’s start meeting again for church services,’” he said. “I brought her flowers.” 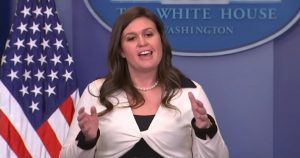