Bishop Harry Jackson is pushing back against those who claim it’s ‘un-Christian’ or ‘immoral’ to support President Donald Trump’s border wall.

Jackson serves as the senior pastor at Hope Christian Church in Beltsville, Maryland. He spoke with The Daily Caller, and he believes some powerful democrats are only pushing back on the wall in an attempt to gain more power.

“Schumer and Pelosi are very big hypocrites, and they should be ashamed of themselves,” Jackson said.

Jackson isn’t the only one who thinks the wall is the right thing to do. Robert Jeffress, pastor of First Baptist Dallas Church in Texas and a longtime Trump supporter, is using the Bible to defend President Donald Trump’s dream of building a wall. He even suggessted that heaven would have a wall around it.

“The Bible says even Heaven itself is gonna have a wall around it,” Jeffress said on “Fox & Friends”. “Not everybody is going to be allowed in. So if walls are immoral, then God is immoral.”

“The Bible teaches that the primary responsibility of government is to maintain order and keep its citizens safe, and there’s nothing wrong with using a wall to do that,” he continued.

American Christians are divided about the morality of Trump’s border wall. The Rev. John C. Dorhauer, general minister and president of the United Church of Christ, told HuffPost his denomination strongly rejects the idea that building a wall between nations is moral or biblical. He pointed to the Berlin Wall and walls used in Europe to divide Jewish people into ghettos as counterexamples.

“A wall indicates a failure to love our neighbor as ourself, the foundation of a law Jesus asked his disciples to embrace,” Dorhauer said. 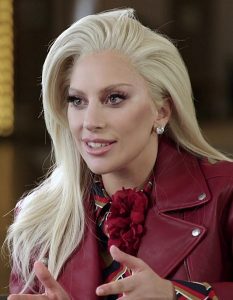 Lady Gaga to Mike Pence: ‘You Are the Worst Representation of What It Means to Be a Christian’
archives most recent
More from Beliefnet and our partners
previous posts