Jim Bakker Says the Apocalypse is Coming and He Has Proof 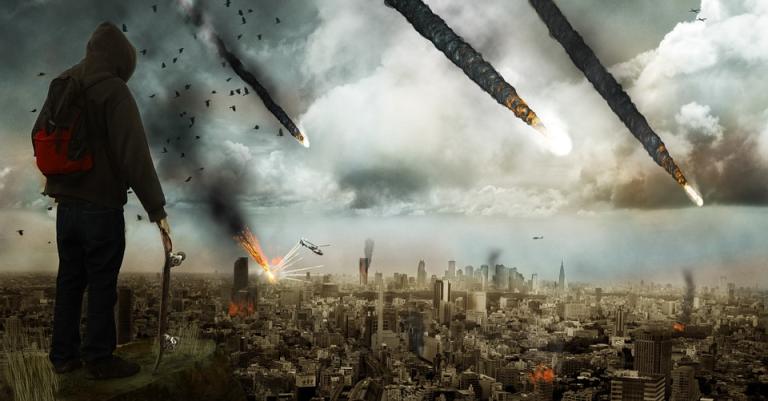 Jim Bakker is making headlines again three years after his “Praise the Lord” (PTL) empire near Charlotte collapsed amid financial corruption and sexual scandal. Now, instead of rebuilding his 2,300 acre Christian theme park and resort, Heritage USA, Bakker is selling supplies for the coming apocalypse. “We are in the final days,” Bakker says.

While Bakker claims that he has abandoned his previous lifestyle in favor of coming to a truer understanding of Christ, plenty of people remember that his theme park and TV show funded an opulent lifestyle filled with vacation homes, expensive cars and an air-conditioned doghouse. There are questions about whether Bakker truly repented after serving five years in prison for fraud or if he is merely capitalizing on 21st century fears such as terrorism and climate change. His new TV show, “The Jim Bakker Show,” certainly works hard to sell fuel-less generators, doomsday guidebooks and freeze-dried food with a shelf life of up to 30 years. Bakker, however, insists that the twin disasters of Hurricane Harvey and Maria and concerns of nuclear war with North Korea are signs that the end times are on the horizon, and that Christians ignore the warnings at their own risk. “One day,” Bakker says, “you’re going to shake your fist in God’s face and you’re going to say, ‘God, why didn’t you warn me?’ He’s going to say, ‘You sat there and you made fun of Jim Bakker all those years. I warned you. But you didn’t listen.’ ”

Some people believe that Bakker really has turned over a new leaf. “Jim lost everything, and then he came back,” says Bakker’s brother-in-law Mark Graham. “All he wants to do is get the message of salvation out there. And keep people alive.” Graham further claims that Bakker has disowned the Prosperity Gospel, the idea that God rewards faith with blessings such as wealth. Others, however, are skeptical. John Wigger, a professor of history at the University of Missouri and author of “PTL: The Rise and Fall of Jim and Tammy Faye Bakker’s Evangelical Empire,” claims that Bakker is simply tapping into new opportunities to make money. “The Prosperity Gospel, with all its glitz and money, fit the culture of the 1980s and Jim found that was a very successful component of his message,” Wigger says. “In this post-9/11 era, he’s found that the Apocalypse and survivalism make for a very compelling message that will also gain him an audience.”

Whether or not the Bakkers are once again getting rich off their TV show is difficult to say. There are no Nielsen ratings for Christian television and because Morningside, Bakker’s ministry and broadcast station, is registered as a church, it does not have to file financial information with the IRS. Unlike most faith-based organizations, Bakker’s ministry also refuses to post financial details on their website. Bakker and Graham insist that they have “nothing to hide…We’re transparent with the IRS and the government,” Graham says. “Our partners trust that their money is going to be used for what they designated it for.” Charles Shepard, the former investigative report who anchored the Observer’s Pulitzer Prize-winning coverage of the fall of PTL, believes that Bakker is up to his old tricks. “If he were someone who had really seen the light,” Shepard says, “he would be forthcoming about…revenues and his compensation.”

Whether Bakker really has turned over a new leaf or is capitalizing on current tensions is currently unclear. Only time will tell where he really stands and if his dire predictions of a rapidly approaching Armageddon come true.