Daily Mail reported on Friday that Google Home wasn’t responding when users were asking the speaker “Who is Jesus?” Instead, the device would respond with “I’m not sure how to help you with that.”

Users of the voice-activated digital assistant shared their confusion and anger after discovering the device had been programmed to answer questions about Muhammad, Satan and Buddha.

This started a public outcry that has ultimately led the company to disable devices from answering any questions about religious figures. Customers began posting videos on social media showing the personal assistant struggling to answer the questions.

Google released in a statement that until the issue is fixed all responses for questions about religious figures would be temporarily unavailable.

Danny Sullivan, Google’s public search liaison, tweeted about the situation on Friday. “The reason the Google Assistant didn’t respond with information about ‘Who is Jesus’ or ‘Who is Jesus Christ’ wasn’t out of disrespect but instead to ensure respect,” it stated. “Some of the Assistant’s spoken responses come from the web, and for certain topics, this content can be more vulnerable to vandalism and spam.”

Google Home’s reliance on “featured snippets” — the blurb information that appears at the top of a page of search results — has been an issue before. Sometimes inaccurate, false and offensive information can find it’s way into featured snippets. In 2017, Google Home was parroting conspiracy theories about the former president Barack Obama.

Other personal assistant devices didn’t have the same issues. Amazon’s Alexa offers an answer for “who is Jesus?” according to posts of people testing it on social media and Youtube. Ask similar questions to the iPhone assistant Siri and she will direct you to websites related to Jesus Christ. Though, if you simply tell her, “Jesus,” on an iPhone, she might answer like this: “I would ask that you address your spiritual questions to someone more qualified to comment. Ideally, a human.” Sometimes, in response to the word, “Jesus,” she says this: “Humans have religion. I just have silicon.”

When users are asking the question to their Google phones, however, it does direct the user to a list of top websites on Jesus Christ. Only time will tell how Google will handle the situation when it comes to their home assistant device. 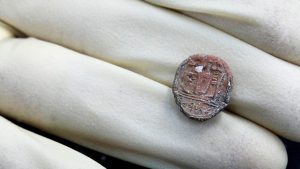