Who should be allowed to pray for Obama?

It seems preposterous, but there’s a major debate over who is worthy to invoke the presence and blessing of the Almighty on the leaders of this land we love!

So, who is qualified to pray for the President of the United States?

Everybody and anybody, according to the Apostle Paul writing to young follower Timothy in what author Mark D. Roberts calls “one of the most commonly disobeyed verses in the Bible.”

“I urge you,” Paul told Timothy, “first of all, to pray for all people. Ask God to help them; intercede on their behalf, and give thanks for them. Pray this way for kings and all who are in authority” (1 Timothy 2:1-2).

“They were to do so even if that ruler was tyrannical, and even though they had no ability to influence the choice of ruler or the policies of the ruler,” writes Roberts.

In other words, even if a Christian detests the person in power, we are supposed to pray for him or her anyway.

And there’s nothing in the Bible about clergy being the only ones who can lift up our leaders to the Almighty. So, President Barack Obama was well within Bible guidelines when he broke historic precedent on the eve of his second inauguration. He selected the first layperson ever, Mrs. Myrlie Evers-Williams, the widow of slain civil rights activist Medgar Evers, to offer the benediction.

In the past, that honor has been reserved for men of the cloth. No woman has ever given an official prayer at an inauguration. In 1937, the first recorded time that a clergyman opened the inauguration, the invocation or opening call for God to help and be present was given by the Chaplain of the U.S. Senate, Episcopal Clergyman ZeBarney Thorne Phillips.

The benediction or closing prayer asking God’s blessing on the departing officials and crowd was given by Catholic priest John A. Ryan, a professor at the Catholic University of America.

This year, the benediction was going to be Continued on Page Two 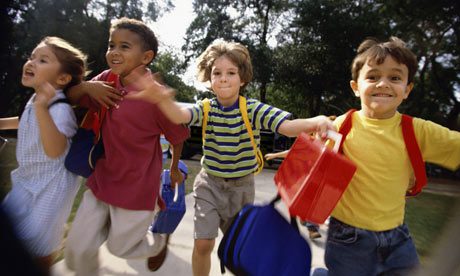 Do parents have a say in what schools teach?
archives most recent
More from Beliefnet and our partners
previous posts