On our knees: the only way for Christians to approach this presidential election

How should we approach the upcoming presidential election?

On our knees, proclaims a chorus of Christian leaders from across the theological spectrum – including two separate groups that are praying for the nation in the final 40 days leading up to Election Day.

“It is imperative that we pray faithfully for the 2012 elections,” says David Butts, chairman of America’s National Prayer Committee.

“Our ‘effectual, fervent prayers,’ asking for God’s will to be done on earth, as it is in heaven, can and will do much to affect the outcome of this election,”  advises the Capitol Hill Prayer Partners, a group of volunteers that gathers regularly to pray in Washington, D.C.

The Bridge Fellowship in Kernersville, North Carolina, has launched what it calls “Lord, Give us America.” Pastor David McGee says his church is responding to ”the pressure plaguing the United States to turn away from traditional Christian values” and is inviting people around the nation to address ”the moral decline of our country” and pray for God’s guidance how “to solve America’s problems from a Biblical perspective while inspiring people to put their faith in God, not the nation or the 2012 presidential election.”

From the International Center for Spiritual Renewal and its initiative, Cry Out America, Executive Director Dr. Billy Wilson says, “We believe that our trust does not lie in the economy, not in military might and not in politics. Many Christians are lured into thinking that politics are the answer but the one and only answer is Jesus. This nation has strayed from a spirit of freedom and public trust in God. American’s greatest need continues to be their need to know Jesus Christ.”

Echoing Wilson’s call is a group calling itself 40 Days of Prayer.  Its website explains “No one ministry or person is behind this call to 40 days of prayer for our elections,” but that an invitation is “being issued by America’s National Prayer Committee, an ad hoc group made up of leaders from more than 90 regional and national prayer ministries in the United States.

“Our urgent cry is that every believer pray and rally others to pray for this election. Not prayer that seeks to promote or harm a specific candidate, but that cries out to God for His purposes for our nation, that a standard of righteousness be raised again in this land, and revival in the church.” 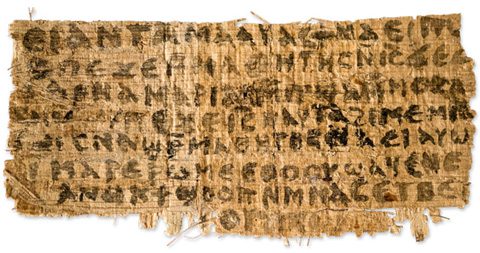 Have they proved Jesus had a wife?
archives most recent
More from Beliefnet and our partners
previous posts