Building a Temple to Atheism 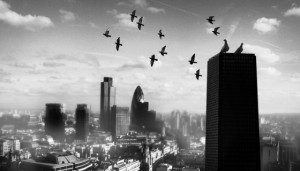 When I say temple, you think religious place of worship right?  When I say atheist, you think one that believes there is no God.  Stay with me now, when I say religion, don’t you think about the worship of God?  Before this blog becomes a full blown say what you are thinking game, let me get to my point and then you can decide what to think!

For thousands of years people of all religious backgrounds have built temples to God providing dwelling places for those of like beliefs to gather to worship and pray.  For writer and architecture patron, Alain De Botton, it is now time for atheists to start building temples of their own.

That’s right; Botton believes that religious people shouldn’t be the only ones with beautiful buildings. He thinks atheists should also have their own versions of cathedrals and churches.   With that thought in mind he has recently announced his plans to erect a network of temples for atheists around the UK.

To get around the notion that he would be building temples to God for people who don’t believe in God, Botton has argued that a temple can be built to anything that’s positive and good; a temple to love, friendship, calm or perspective.

The Temple to Anything Positive and Good is the first proposed temple that will rise 150 feet over central London.  According to architect Tom Greenall, the concrete tower would be built slowly over a period of years with 1 centimeter for every million years of the earth’s existence.  A gold band of less than a millimeter would be inscribed in the interior of the tower one meter from the ground to represent the short extent of human life on earth.  Greenhall said that everything below the band is the future.

So what do you think?

According to researchers, Brazil, known for having the most Catholics in the world, is predicted to become a Catholic minority this year.

Christmas is when Christians come together to celebrate Jesus. Many churches nationwide planned to have Christmas services in person this year, some coming together for the first time since 2019. The District Church, a multi-ethnic, nondenominational church in Washington, D.C., had three scheduled in-person services for Christmas Eve. However, lead pastor Aaron Graham announced that […]

Some people question how others believe in things that you’ve never seen. That belief is defined as faith. Faith is the cornerstone of Christianity and other religions. We’ve never seen God walk in front of us, but we know that He exists. Coincidentally, the same idea exists in science. Scientists have never seen a neutron […]