Science Whiz Gets a New Home 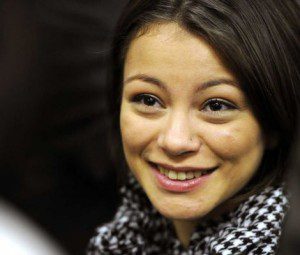 17 year-old Samantha Garvey made national headlines when she was selected as an Intel Science Talent Search semi-finalist—one of 300 across the country vying for the top prize, a $100,000 science scholarship.  It was Garvey’s home life that tugged at the heartstrings of people all over the country.  She and her family, evicted from their home during the holidays, were living in a homeless shelter after her parents got behind on rent due to financial difficulties following a car accident.

Garvey, who did not make it to the finals, credited the contest and her work for motivating her to do better and pursue her passion. She believes it is what she has and will lead to better things. And better things have certainly started coming her way.  Garvey’s story has inspired an outpouring of support nationwide including a $50,000 AT&T college scholarship and an invitation to attend the State of the Union address from Representative Steve Israel.

Recently, Garvey and her family received yet another surprise when Suffolk County officials presented them with the keys to their new home.  The 3 bedroom house, which was furnished with donations from Marriot, is located in Bay Shore, New York close to her high school.  According to DSS Commissioner Gregory Blass, Garvey’s parents will be required to pay 30% of their income in rent minus utilities and can stay in the house as long as they need to.