Will FDR’s D-Day prayer be added to Memorial?

The monument highlights 12 famous speeches given as America was dragged into the worldwide conflict on December 7, 1941, then as U.S. GIs took the lead in both the European and Pacific theaters of the war.

But there’s not a hint of Christianity or faith in any of them — although prayer was a key part of the American way of life during the war.

And now, it appears a plan to add a prayer by President Franklin D. Roosevelt to the memorial is running into official resistance.

“To think that nowhere on the memorial is there a reference to God, religion, faith or Old Testament scripture is really reprehensible,” the Rev. Patrick Mahoney, director of the Christian Defense Coalition, told reporters shortly after the memorial’s dedication in 2004. “Faith and religion played as much a role as any other aspect in getting us through those dark and difficult times. It appears that there is a deliberate attempt to remove any reference to God.”

Mahoney pointed out that none of the quotes inscribed on the memorial mention God, despite some being taken from speeches by President Franklin D. Roosevelt, President Harry S. Truman, Gen. Douglas MacArthur and Gen. Dwight D. Eisenhower that were replete with religious references.

The monument features Roosevelt’s speech to Congress, “December 7, 1941, a date which will live in infamy … no matter how long it may take us to overcome this premeditated invasion, the American people, in their righteous might, will win through to absolute victory.” Omitted was the President’s declaration that “we will gain the inevitable triumph — so help us God.”

Gen. Douglas MacArthur’s comments at the Japanese surrender is included: “Today, the guns are silent. A great tragedy has ended. A great victory has been won. The skies no longer rain death — the seas bear only commerce — men everywhere walk upright in the sunlight. The entire world is quietly at peace.”

Not included were his words: “Let us pray that peace be now restored to the world and that God will preserve it always” or “I thank a merciful God that He has given us the faith, the courage and the power from which to mold victory.”

So, Congressman Johnson introduced legislation in May that would add a plaque featuring Roosevelt’s D-Day Landing Prayer. Last week, the Congressional Natural Resources Committee heard testimony from U.S. Navy Veteran Poppy Fowler, who served on the U.S.S. Essex as a Navy aviator.

On the morning of June 6, 1944, as Allied forces were landing on the beaches in Normandy, President Roosevelt went to the airwaves and led the nation in a prayer for God’s blessing and protection on U.S. troops. From coast to coast, the President’s voice resounded, “Almighty God: Our sons, pride of our nation, this day have set upon a mighty endeavor, a struggle to preserve our Republic, our religion, and our civilization, and to set free a suffering humanity.”

“President Roosevelt’s prayer articulated the great crusade that was underway to liberate millions suffering under tyranny,” says Ohio Christian Alliance President Chris Long. “He noblized the war effort and paid honor to the fallen and those veterans who fought courageously in the conflict. It is only fitting that succeeding generations learn of this prayer that was offered at that most poignant moment in our nation’s history. We are encouraged by the support that this legislation is receiving. Veterans and veterans groups across the nation are in support of adding FDR’s D-Day Landing Prayer to the WWII Memorial in Washington, D.C.”

But now the Obama administration has announced its objection to adding Roosevelt’s prayer.

“It is unconscionable that the Obama administration would stand in the way of honoring our nation’s distinguished World War II veterans,” Congressman Johnson said, according to the Blaze internet news site.

Fox News also reports that Robert Abbey, the director of the Bureau of Land Management, has said any plaque or inscription bearing the prayer would “dilute” the “elegant” memorial’s core message and therefore “should not be altered.“

“It is not a judgment as to the merit of this new commemoration, simply that altering the Memorial in this way, as proposed in HR 2070, will necessarily dilute this elegant memorial’s central message and its ability to clearly convey that message to move, educate, and inspire its many visitors,” Abbey said in written testimony.

Meanwhile, Tony Perkins, president of the Family Research Council said he is not surprised by the objections.

“This is further evidence that the administration has created an environment that is hostile towards American history – but in particular towards Christianity,” Perkins told Fox News. 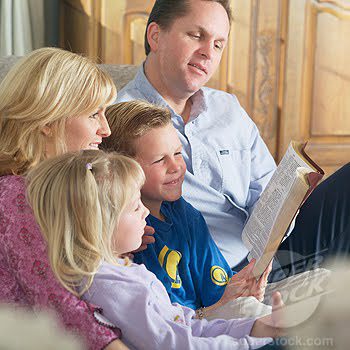