The Federal Communications Commission is cracking down on religious broadcasters — and this time it’s for real.

For decades, false rumors have circulated that the FCC is trying to shut down all religious programming. It’s one of those rumors that has mushroomed beyond Urban Myth — ranking right up there with the often-repeated but completely false reports that Proctor and Gamble is owned by cultists or that a popular hamburger chain is using earthworms in its burgers. None of the rumors are true, but have been so persistent as to prompt Proctor and Gamble to have an office in charge of answering the latest batch of forwarded email.

However, this time the FCC report is accurate, reports Brooks Boliek for Politico magazine. No, the Obama Administration isn’t attempting to ban Christianity from the airwaves. However, a longstanding exemption given to small ministries — allowing them to distribute programs without closed captioning — has been abruptly rescinded.

“Some 300 small- to medium-sized churches can expect letters from the commission within the next few days explaining why their closed captioning exemptions were lifted for TV shows like ‘Power in the Word’ and ‘Producing Kingdom Citizens,’” reports Boliek:

The FCC has been mailing the letters for the past few days to churches from Maine to California, explaining that the hundreds of exemptions are now rescinded and giving the programmers 90 days to reapply.

The churches were granted FCC exemptions from the closed captioning requirement under a 2006 commission decision known as the “Anglers Order” for the Anglers for Christ Ministries program that had argued for exemption from the rules.

While the FCC’s Consumer and Governmental Affairs Bureau used the Anglers Order as the model to grant at least 298 other exemptions, the full commission overturned that decision Oct. 20 after objections were raised from a coalition of organizations for the deaf and hard of hearing.

So, the feds are requiring small ministries to reach out to those who cannot hear. That’s really not such a bad thing, you might say. However, at issue is the government’s ever-increasing intrusion into every facet of life — and Craig Parshall of the National Religious Broadcasters isn’t happy about it.

The good news is that exemptions will still be available. Churches — or any other non-profit will just have to make a good argument, reports Boliek:

The churches may still be eligible to win an exemption from the rules if they can prove they can’t afford closed captioning, but they now have to make their case individually. 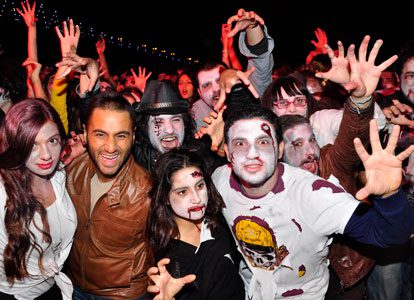