“Here we go again: an Iranian Pastor, Youcef Nadarkhani, faces execution if he does not recant his conversion to Christianity,” writes Beliefnet’s Dr. Hesham A. Hassaballa. “Last year, Mr. Nadarkhani was found guilty of “apostasy” last year, which was upheld by the Iranian Supreme Court. Now, if he does not recant, he could be executed.

“Why?” asks the Islamic expert. “Why should he be executed? Because he left Islam? That is totally his choice.”

What? Don’t Muslims routinely execute anyone who converts to another religion? No, writes Dr. Hassaballa:

What I do not understand is this claim, by many Muslims, that anyone who leaves the faith does so upon pain of death. From where did this come? Clearly not the Qur’an. A cursory reading of even a poor translation of the Qur’an would reveal that Islam places the sanctity of human life at the utmost of importance.

The evidence is overwhelming: Islam firmly upholds freedom of choice in matters of faith. In fact, it is part of God’s plan to have different faiths and to allow the humans to choose their own path. What’s more, the Qur’an states that the reason war is sometimes necessary- as a last resort and in self-defense – is to preserve religious freedom.

Moreover, the Qur’an is not silent about apostasy. There are numerous references to apostasy, but not one verse says the apostate is to be killed for his or her choice:

If Islam claims that the humans have complete freedom of will – which they do – then how can an apostate be killed? What kind of faith is so threatened by the rebellion of some of its adherents that it mandates they be murdered? Contrary to the contention of many, Islam is not that kind of faith. 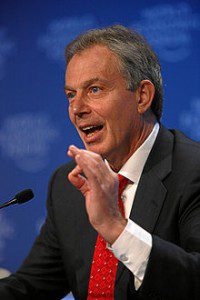