Is the UN stamping out religious freedom?

In its push to legalize abortion on demand worldwide, is the United Nations trampling religious rights? Are UN bureaucrats bullying small countries into violating their cultures, beliefs and sovreignty?

“The UN believes in freedom of religion; at least, it passed the Declaration on the Elimination of All Forms of Intolerance and of Discrimination Based on Religion or Belief in 1981,” writes Cristina Odone in the British daily the Telegraph. “The UN also promotes women’s rights – as can be seen in Article 1 of its Charter. What happens though when the two ‘rights’ clash?

“Simple. The UN plumps for the rights of women over the rights of the unborn,” writes Odone, deputy editor of the New Statesman magazine, former editor of Britain’s Catholic Herald and author of the novel The Good Divorce Guide, published by Harper Collins.

It is not uncommon for a UN official to tell a government in a developing country that they are treaty-bound to legalize abortion, writes Odone — with no regard for their religious heritage or beliefs of the majority.

“For a poor country, meeting UN approval is crucial; crossing them can spell the withdrawal of much-needed funds. Anand Grover, the UN’s Special Rapporteur on the right of everyone to the enjoyment of the highest attainable standard of physical and mental health,” reports Odone, “argues that legal access to abortion is a ‘right to health.’ The Secretary General endorses this stance.”

And little countries cave in to the pressure. But there is hope, reports Odone:

The San Jose Articles, a document launched today in the House of Lords by, among others, Lord Alton of Liverpool and the Lord Nicholas Windsor, aims to counteract UN pressure. The signatories spell out that no government needs to change its policy on abortion – because abortion is not an international right.

At last week’s launch of the nine articles at the UN, former US Ambassador Grover Joseph Rees said: “When I was (Ambassador to) Timor I witnessed first-hand a sustained effort by some international civil servants and representatives of foreign NGOs to bully a small developing country into repealing its pro-life laws. The problem is that people on the ground, even government officials, have little with which to refute the extravagant claim that abortion is an internationally recognized human right.”

The UN might like to contemplate that in fact abortion is often used against women: in China, gender selection, whereby parent abort baby girls, has meant that the sex ratio for the generation born between 1985 and 1989 was 108, already just outside the natural range. For the generation born in 2000-04, it was 124 (ie, 124 boys were born in those years for every 100 girls). According to CASS the ratio today is 123 boys per 100 girls. These rates are biologically impossible without human intervention.

“But,” writes Odone, “maybe the UN believes gendercide is a right, too?” 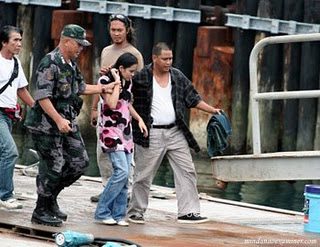