The fate of Youcef Nadarkhani, the Iranian Christian pastor condemned to death for refusing to convert to Islam, awaits a decision by Supreme Leader Ayatollah Ali Khamenei.

Nadarkhani was first arrested in 2009 and then sentenced to death in 2010. The case has risen as high as Iran’s supreme court. But, as international attention and pressure increases, Iran is turning to its highest religious and political authority. Ayatollah Khamenei could decide if Nadarkhani will be hanged according to Iranian law as early as Monday night, reports Daniel Tovrov for International Business Times.

“Unlike in the United States, those on death row in Iran do not wait years for their execution,” notes Tovrov. “Nadarkhani could be killed immediately after Khamenei’s decision.”

After being convicted of apostasy — the crime of abandoning Islam — Iranian courts gave Pastor Nadarkhani five chances to repent. If he converted to Islam, authorities told Nadarkhani that he would be free. Nadarkhani refused all five times.

Among his defenses was that since he had never been a Muslim, how could he abandon Islam?

Nadarkhani “was brought to court to repent for three days. He denied repentance on all three days,” Nadarkhani’s lawyer Mohammad Ali Dadkhah told the International Campaign for Human Rights. “The judge kept asking my client to say, ‘I have renounced Christianity and I recognize Islam as rescinder of all other regions,’ and he kept saying, ‘I won’t say that.'”

Last week, Iran began denying that Nadarkhani had ever been convicted of apostasy, claiming that he had been found guilty of rape, conspiracy, Zionism, running a brothel and being an Israeli spy.

“His crime is not, as some claim, converting others to Christianity,” Gholomali Rezvani, the Gilan province deputy governor, told Fars news agency. “He is guilty of security-related crimes.”

The new rape claim was the first time the Iranian government had mentioned any charge other than apostasy. Additionally, the little information from inside the Iranian court rooms that has surfaced indicates that Nadarkhani still could be released if he chose to repent and convert to Islam.

“As the case garners more attention abroad, the wild allegations are a signal that Nadarkhani has become, to put it bluntly, a public relations disaster for Iran,” noted Tovrov:

“We can be certain if the lies spread by Iran were true — that Youcef was instead convicted of rape, extortion, and Zionism — the court would not seek the advice of the Supreme Ayatollah,” American Center for Law and Justice executive director Jordan Sekulow said.

Apostasy is not officially part of Iran’s legal code, but it is punishable under religious texts and the fatwas decreed by Ayatollah Khomeini. If Nadarkhani is executed for the crime, he will be the first person killed for apostasy in more than 20 years.

“The reality is, as a Christian you don’t have the rights of other Iranians. The actions and the basic policy toward evangelicals go against the rhetoric that they use for the country,” David Yeghnazar, the U.S. director of Iranian church organization Elam Ministries, told the International Business Times.

“Here we are in 2011 and we’re talking about a man being killed for his beliefs. We need to ask Iran how they can be willing to break the charter they’ve signed and their constitution. The government must answer to the people,” Yeghnazar said. 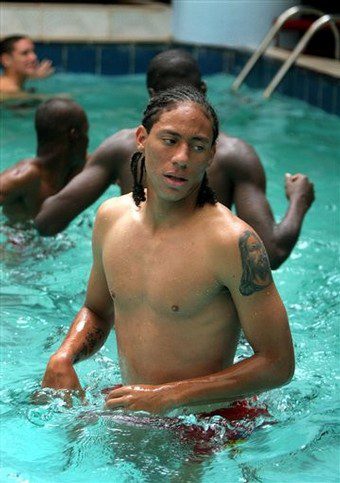