Those Kids of Mine 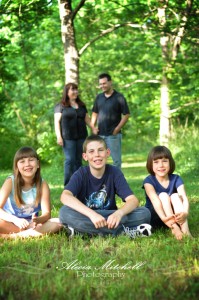 My friend told me this story: she was having lunch with her mom and the mother said, “I’m sorry I did wrong by you. I didn’t spend enough time with you when you were little because I was too busy fulfilling my own goals.”  My friend said how at first her heart lurched because she was thinking her mom was wishing she had spent more time with her when she was a child.  But as the conversation continued she realized her mother was actually saying she was sorry she hadn’t made more time for her because, in not doing so, she had failed as a mother and my friend had not turned out “right”.

As I listened to this sad retelling I half-heartedly disagreed with her. “Oh, no…I’m sure that’s not what she meant!” but I knew that my friend’s chosen path in life conflicted greatly with this mother’s ideals. I heard echos of christian parents lamenting because of their children who have “strayed” from “the path”.  Now here are two grown women who have–at best–a stilted relationship. The relationship can’t be close and warm because of the mother’s shame at having failed her daughter and the daughter’s hurt at not being accepted.

This isn’t the only time this subject has baffled me.  There have been times when I’ve said negative things about a friend’s child and then watched in horror and confusion as the friend seemed to melt in despair and hurt.  The last time this happened I called my sister and she reprimended me, “You did it *again*! Don’t you see? Our children are our identity!”

I am the stereotypical “attached parent”. I’ve read all of Dr. Sear’s books….I birthed each baby at home…nursed them until toddler days….carried them in the sling…never had a babysitter….etc, etc, etc.  I do remember during their baby days feeling they were extensions of me, but, other than that, I can’t relate to this idea that the child reflects *me*.

I didn’t make my children!

Let’s say someone jokes that one of my children is a nerd. I don’t think, “Oh, no! What have I done? Did I create a nerd? How do I fix this?”  My children were born to be who they are and they will become who they are intended to become.  Maybe someone thinks a child of mine is a tad “bratty” .  And I’m sure some even like to judge that maybe I’m not “disciplining enough” (people love to make this comment from lofty perches). But I’m glad the child is so tenacious, brave and alert. I’m excited to see how this personality transfers into adulthood.

I have the God-given job of helping them into adulthood.  I hope I’ll be able to offer them some tools to connect with others.  But I think that’s as far as it goes.  I think as “Christian” parents, we take the “Raise up a child in the way he should go” verse into this religious, shame-enforced, condemnation-laden command. We think that if our children don’t behave, it is a reflection of our bad parenting. We think that if our children choose different paths than we have chosen it is because we did not instill our views strongly enough. What a lot of condemnation!

I have a lot of good traits. Some of those were encouraged by good parenting. But God put the traits there!  I have a lot of bad traits (really…I do ;)). Maybe Mom and Dad needed to ground me more or spank harder…I don’t know! I have a feeling, though, that those bad traits have little to do with my parents.

No matter how badly my children act…no matter what poor choices they make later…I refuse to accept shame. No matter how good my children act…no matter how successful they become…I don’t think it’s my place to take the credit. There is one thing I want more than any other: something that I will fight tenaciously for–I want relationship with my kids now and in the future. I’ll not reject them. I’ll accept them. I’ll love them. Not matter what. Period. End of story.

A Mom Mystery: Laundry
archives most recent
More from Beliefnet and our partners
previous posts