Lets dispel the bigotry of hate

Once again I am forced to write about an issue that has grasped the world’s attention. While it is true that Senator Pauline Hanson from Australia wore a Burqa/face covering to a Parliament proceeding, it is also true that she did it out of malicious intent to disgrace and disrespect this ornament, cherished by millions of Muslim women around the world. I reject her outright bigtory and shameless audacity to pull a stunt like this.

Her blatant disregard of Islamic values and Australian Muslims landed her a schooling lesson by senator George Brandis who said, “..and to ridicule that community, to drive it into a corner, to mock its religious garments, is an appalling thing to do”, and I second his words. You have to be naive to believe that banning the burqa or face covering will end the threat of terrorism or strengthen national security.

This is a mockery of Australian values that encourage inclusiveness. A nation that takes pride in its diversity and pluralism knows better what this blind hate can lead to. I, for one, know this first hand and while Australia was my home for 8 years, I have never witnessed such hate and bigotry except in Pakistan, my country of origin that is known to marginlize minorities with hateful rhetoric. It comes as no surprise that extremists find Pakistan as a safe haven.

This kind of fear-mongering has no place in the world and is nothing short of an abuse of power. In a position of authority, one must exercise caution not to cause division and apartheid against a minority. Australia is a nation that affords freedom and liberty for its people with stringent anti-vilification laws in place. This is the very reason most Muslims have migrated to this beautiful country. Theoretically, Australian values are more in line with Islamic ideology which promotes pluralism and affords freedom at every level of civil character.

I find it quite ironic that the action of senator Hanson to force the removal of the veil can only be described and equated to extremists who force women to wear the veil. Every human being has a right to freedom and while Islam proposes that Muslim women should cover their outer beauty, it rejects coercion in matters of faith and values liberty as a cornerstone to belief. However, such coercion reminds me of a famous quote coined by the 4th Caliph of the Ahmadiyya Muslim Community, Mirza Tahir Ahmad, who said, “Swords can win territories but not hearts, forces can bend heads but not minds”.

As a counter-narrative to the notion that Muslim women are living a life of tyranny and oppression, many Muslim women enjoy the veil and find it empowering to cover and protect themselves against the inevitable gazes of the opposite sex. As an example, when Nobel Peace prize recipient laureate Tawakul Karman was asked about her Hijab by journalists and how it is not proportionate with her level of intellect and education she replied “Man in The early times was almost naked, and as his intellect evolved he started wearing clothes. What I am today and what I’m wearing represents the highest level of thought and civilization that man has achieved, and is not regressive. It’s the removal of clothes again that is regressive back to ancient times.”

To end on a high note, its important to forward the narrative of love and dispel the bigotry of hate. I welcome senator Hanson to study the Quran and understand the true meaning of Islam. A good place to start is by visiting www.trueislam.com and become a Muslim ally. 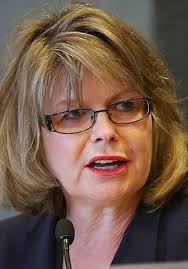 To Ally Miller: How to denounce evil of the same race.
archives most recent
More from Beliefnet and our partners
previous posts