Losing Your Darlings: The Ability to Let Go When Life Disappoints

If you suddenly lost a huge manuscript that you were working on, how would you react? Could you receive this news with equanimity and pick up your pen and start writing all over again? 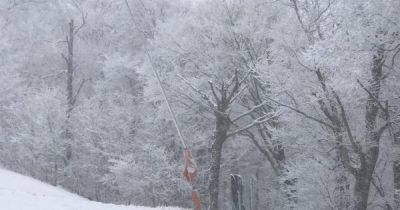 This is what happened to Thomas Carlyle, as recently presented in the Writer’s Almanac (Sunday 4 December 2016). I have had this happen with short pieces of writing, like a blog post, but I’ve never lost anything more book length. Here is how Garrison Keillor describes it:

It was as a philosopher and social historian that Carlyle found his calling. He wrote The French Revolution, an immense tome, only to lend it to fellow philosopher John Stuart Mill, whose maid accidentally tossed it into the fire. Undeterred, Carlyle rewrote the entire manuscript from scratch.

For many of us, such a loss would be the start of a long winter of discontent. What would keep us from moving into the next moment without a great sense of loss? It’s hard to do because we tend to attach ourselves to the things in our lives, including our work, relationships, and ideas about ourselves.

We can complain about the time it would take to re-do the effort. There is a certain entitlement embedded there. Since we’ve done the work, we shouldn’t  have to do it again. But, if you consider this, why is that necessarily so? Who said that had to be true? We need to get over our sense of personal deprivation. We manufacture this; it doesn’t exist in nature.

Imagining this scenario for myself, once I got over my self-importance, I would be fearful that I would not be able to re-produce what I had already done. There is a letting go here  into a space of unfamiliarity. While, we may not be able to produced the same exact thing, we might be able to come up with something that is better. Of course, worse is an option too. These executions are real practice in non-attachment.

In the publishing world, Faulkner made the phrase “kill your darlings” famous. The point being that in order to write well, we must be willing to relinquish cherished words, phrases, and passages because, while cherished, they don’t fit with the larger thrust of the work or the work is simply too long.

Carlyle’s dramatic example is a metaphor for all of life’s disappointments, a wake-up call for whenever life doesn’t go the way we’d like it to go. Almost every day, there are moments, events, and situations where we are confronted with a choice: do I flow with this moment or do I fight against it?

Example: I was heading out the other night to the Member’s Art Show at the Helen Day Art Center where I had a piece on display. I especially wanted to bring my phone so I could Instagram a picture of myself standing next to my painting. About ten minutes down the road, I realized I forgot to bring the phone.

I was flummoxed. How could I have forgotten when I made it a point to bring it? Now I wouldn’t be able Instagram and that little attachment gave rise to a lot of anguish (if briefly experienced).

I was not in the flow of the moment, moving with the new contours of now. instead, I was caught in a story, fighting against what was actually so. Initially, I wasn’t willing to accept what had happened and my mood suffered.

There was no real problem here, other than an expectation that got disappointed. I used my wife’s camera to take pictures and posted to Instagram when I got home later that evening. The only drama existed in my own mind.

How unfathomably admirable was Thomas Carlyle’s ability to set aside attachment to rewrite is now classic tome. His is a powerful lesson for all of us.

Hold up the mirror of his example to your life and see what attachments you find. Whether large or small, we carry a lot of these around with us. If you feel intrepid, you can even practice letting go of things. Draw a picture, and crumple it up. Write a paragraph and then delete it.

Carlyle would have been unfamiliar with the term mindfulness but this is might have been what he was practicing when he sat down at his desk and began re-writing.