Happy Birthday to His Holiness the Dalai Lama

July 6 will be the 80th birthday of His Holiness (HH) the Dalai Lama. I first encountered the Dalai Lama when he would have been 49 (I was considerably younger then too!)

I have had two “close encounters” with him and each event was seminal in my spiritual and professional development.

The first occurred at the Inner Science conference in 1984 at Amherst College. Then about a year later, I sat with him along with 250,000 Tibetans in exile, 10,000 monks, and 1,000 Westerners in Bodhgaya India.

At the Inner Science Conference, I was exposed to Buddhist psychology for the first time and was also inspired a by a cadre of Western philosopher, psychologists, and scientists who gave commentary talks to the Dalai Lama’s teachings.

The time in Bodhgaya focused on Shantideva’s Guide to the Bodhisattva Way of Life (where I took the bodhisattva vows) and culminated with the Kalachakra Tantra–an ornate and intense 3-day meditation mostly based in visualization.

These two experiences opened me to the path that would occupy me over the last 30+ years and will continue to occupy me for the next thirty. The Tibetan Buddhist practices, however, would become my path. I think the major reason for this is that I am not inclined towards visualization and that was such a big component of the practice.

Still, I have always held HH with great esteem and love. While he is not without controversy (what public figure isn’t?), he has made a great contribution to the world. He has helped to promote the teachings of the Buddha and mindfulness in the West, supported and encouraged the scientific investigation of meditation, and campaigned tirelessly for the plight of Tibet.

In his inimitable style, he has done all of the above with jocularity, humor, and most all, wisdom.

His teachings inspired me to work towards my own awakening as the best means and foundation for serving humanity. I am still committed to that work and will be for the rest of my life. For me, the bodhisattva is a metaphor for selfless service, humility, and an eye towards the long view. It’s not a grandiose vision of self-aggrandizement, which might suggest itself on the surface (I vow to work towards the enlightenment for the benefit of all sentient beings). Rather, it is a commitment to work towards self-betterment, which paradoxically comes from less self-identification.

The summer issue of Tricycle Magazine has a series of tributes to HH from a number of well-known people such as Martin Scorsese (who directed Kundun, one of my personal favorite films). In that spirit, I will write my own tribute to HH on his birthday.

Dear HH. I imagine you find all this attention to your birthday rather silly. After all, 80 is just a number and the marking of birthdays seems to betray the sense of impermanence that underlies everything. To say, “I am 80” is to overlook the fact that we are actually more than that number if we are counting days and hours. It doesn’t grasp the sense that in every moment we are in the process of becoming. So 80 is no different than 79 years, 364 days, 23 hours, 59 minutes, and 59 seconds nor 80 years and one second. At the same time, each moment of becoming is unique.

You taught me early lessons on this process of becoming and for this I will also be grateful. I always smile when I see your picture, when I hear your name, or when I remember the times I have had the privilege to be in your presence or to hear or read your wisdom.

Most of all, I love your smile and laughter. I need to do these more.

If nothing else, the occasion of your birthday has turned the eye of the world towards you with reverence, affection, and love. Happy Birthday! 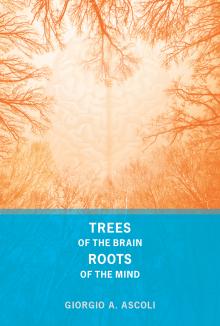