Everything is on Fire 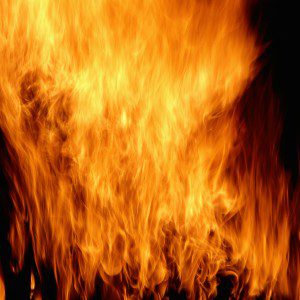 The worst fires in Colorado’s history are still burning and will be until the snows come this Fall. Hundreds of homes have been lost to fire. Thousands have been evacuated.

This kind of disaster begs the question: When your house is about to burn down, what do you bring with you? For those in Colorado, this is not a thought experiment but a painful reality.

Foster Huntington has posed the question, “What would you take” on his website Burning House and in his forthcoming book of the same title: Burning House: What Would You Take? Here is his description from the website:

If your house was burning, what would you take with you? It’s a conflict between what’s practical, valuable and sentimental. What you would take reflects your interests, background and priorities. Think of it as an interview condensed into one question.

I’ve been considering this question. What would I take? My cat, of course, although he’d have enough sense to get out on his own. I often look around my space and wonder what I can do without. How did I get so much stuff? Countless piles of unread books (I could count them but that would be depressing). Reams of papers in various stages of organization. Many pieces of original art.

There are the things but a home is more than a collection of things. It is a collection of memories, experiences, and emotions. It lives as a gestalt and I don’t think it can be broken down into just things. You can bring the memories, yet things help to hold memories–photographs, sentimental items.

When I was applying to graduate school, I stayed at a friend of a friend’s home when I was interviewing in Chicago. He had a large flat and each room had shining hardwood floors and nothing else! The guest bedroom had a futon on the floor and I suppose his bedroom did too. The kitchen had a small table. I remember eating fruit there. It was the sparest living environment I had ever been in. Just space–rooms and rooms of space.

I am vaguely aware that hoarding is a cultural phenomenon. There is a TV show devoted to hoarders. A lot of people I know have some version of it. Some people are addicted to having things–their well-being has become contingent on stuff and its magical power to soothe.

I have too much stuff. Having multiple interests requires gear. Golfing, snowboarding, artist materials, and the accouterments of owning a home. Too many books, as I already mentioned. My goal is to live in a clean space–not entirely bare, but clean. I’ve been looking around for what I would take with me if the house burned down.

My laptop, of course, but even this is not necessary. All the files are backed up online somewhere. Much of the art is singular and could not be replaced but this begs the question as to whether it needs to be replaced. I love many of these pieces, especially those by my friend, the artist, E. Odin Cathcart. I wonder what it would be like to have nothing. Liberating?

I recall a story I heard of a woman who moved from the East to West coast. In the process of doing this, she sold everything and took nothing. This was not borne of financial necessity–it was her choice. To start her new life without any physical cues from the old.

Fire is a powerful force of nature, provocative thought experiment, and potent metaphor.

The Buddha’s early teachings references fire a lot. What later became known as the three poisons (greed, hatred, and confusion) was originally the three fires. The Buddha warned that everything was on fire–our desires, senses, perceptions, consciousness. Without wisdom we burn up in this fire.

Good thing the Buddha was a fireman. Understanding how our attachment to things (material things and circumstances being just so) helps to extinguish these fires.

What can you do without? What can you let go of that may be of some use to someone else? What could you do with the space you create by letting go of stuff?

In the wake of the Colorado fires, we can contemplate our relationship to material things. The loss and destruction of these fires is a great tragedy and also an opportunity for new beginnings. 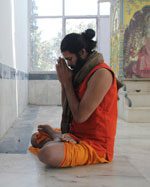 Kumaré: The True Story of a False Prophet, A Film by Vikram Gandhi
archives most recent
More from Beliefnet and our partners
previous posts