Religious Education in the Age of Fundamentalism and Political Correctness 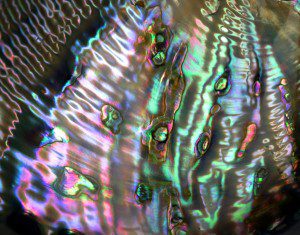 I was recently contacted by a courageous Minnesota high school teacher, James Morrison. He has been teaching a world religion course. Over the years he has been accused of “polluting the minds of children with false Ideas” and “doing the devil’s work.” He has even had death threats. According to James, “the course I teach is extremely rare in the public sector. I made the decision to teach this class years ago (I created the curriculum) because I have dedicated my life to fighting ignorance and all forms of bigotry.” You can read more about Mr. Morrison here.

I was very pleased to receive his message asking me to contribute to his forthcoming book on teaching religion in the public schools. He has asked me to respond to the question: “What (if anything) should public schools teach children about religion?” So, I will give my answer here.

Here is my bold summary. The future of the world depends on the future generations being mature, sophisticated, and intelligent in their epistemological development. So, first, what is epistemology. Epistemology is the study of knowledge, or how we know what we know.

We start out relying on authority. What mom or dad (or God) says is the truth. That’s all I need to know. As we develop and mature and, importantly, become educated the reliance on authority gives way to personal experience and then, stage-by-stage, to appreciation of evidence.

Unfortunately, students are not taught how to think critically. They are not exposed to the types of learning experiences that will help them to mature epistemologically. Parochial religious education does not promote epistemological development because it relies on scriptural authority rather than evidence. Religious education favors belief over critical thinking. A survey of world religions course, like the one James Morrison teaches, would promote critical thinking.

What is skepticism? There are many skeptics that give skepticism a bad name. The skeptical approach should keep an open mind and seek evidence to support conclusions. An absence of evidence does not support a conclusion other than no conclusion can be made at this time. To ridicule anyone for their beliefs does not further the cause of epistemological development and unfortunately, many skeptics do this.

I taught a course at the University of Vermont entitled The Psychology of Transcendence. It explored the psychology of religion, entheogens, the evolutionary significance of religious experience, and the neuroscience of religious and transcendent states. We read everything from William James’s  Varieties of Religious Experience to Ram Dass and Timothy Leary to the neuroscientist, Andrew Weinberger, who investigates the neurobiology of belief.

As human beings we are built to believe. It’s a feature of our brains. Critical thinking requires us to recognize this vulnerability and to set it aside. It requires us to understand the difference between something felt in the first person and something that can be observed and measured by multiple others. This is the power of science.

What’s the relationship between epistemological development and intelligence? One could be highly intelligent as defined by memorizing facts but not a good critical thinker. For me, true intelligence is predicated on openness. Beliefs are foreclosures on openness. I think the goal of intelligence is to put all beliefs in a tentative state. Anything you think you know with absolute certainty is a closure of openness.

The Buddha was not a big fan of speculation on metaphysical questions. He told his followers, “Don’t bother with them.” The Buddha taught a structured way of investigating subjectivity. This does not make it objective and it does not require beliefs. In fact, it’s quite possible (and for me appealing) to have a “Buddhism Without Beliefs” to quote the bestselling book by secular Buddhist teacher, Stephen Batchelor.

Humanity has been struck with a poison arrow and we are arguing over whose god is better. The history of humanity is a history of wars defending beliefs. Imagine if we took a more practical approach. Imagine if we embraced the question, “How do I alleviate suffering right now?” The Buddha was asked a lot of metaphysical questions. “Is there a soul?” “Is there life after death?” “What is the nature of the universe?” Instead of answering these questions, he offered the following metaphor of the poison arrow:

To an open mind looking to live peacefully in the world, information cannot be an enemy. I applaud James Morrison for teaching the world religion course because it provides information that is crucial to informed decision making. By teaching all the world’s religions, students are able to put them into context.

Emotional reasoning is one of the ten major cognitive distortions that cognitive behavioral therapists help patients to overcome. When we feel something strongly, we are apt to think that it must be true. When these feelings run negative, people tend to see the world from this negative lens. The same is likely the case for strong religious beliefs. These beliefs are experienced as emotions–a subjective sense of truth–that emerges from devotion, contemplation, or indoctrination. “If I feel it with conviction, it must be true.” This is the proposition that typically goes unchallenged and contributes to religious strife, dogmatic adherence to sectarian views, and the vehement reactions to Mr. Morrison’s course.

The world needs more courageous people like James Morrison. Religious education is a necessary antidote against fundamentalism and extremism. Religious education should be part of normal human discourse. Information is not the enemy. An inability to handle information is the culprit. Epistemology is, no pun intended, humanity’s salvation. If we can’t think clearly, intelligently, and critically, nothing else will really matter.