Liberation For You and Me 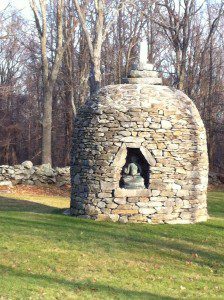 The Buddha’s teachings aren’t just about making yourself feel good, they offer the potential of life transforming awakening – liberation from the anguish of suffering. This liberative potential is not just for you and me; it carries the potential to transform the entire planet.

The Buddha taught the causes of suffering and the way to bring an end to suffering. This occurs by training our minds in awareness, comporting ourselves with awareness in the world, and developing a wisdom that sees clearly into the nature of reality (so far as we can experience reality).

Meditation is the key to training the mind, but meditation is not enough. It’s quite possible to become an expert meditator without becoming liberated unless there are accompanying changes in attitude and behavior. We can become attached to being a meditator and that will limit liberation. We can become addicted to the blissful states that meditation can produce and that will sidetrack liberation.

All three need to be brought together—the calming of the mind through meditation, being good in the world, and seeing the world, including the mind, as it is. Out of these three working together we can actually move through our days skillfully without digging ourselves into a deeper hole.

When all unskillful attitudes and actions cease, liberation follows. It’s simply the natural state that emerges when we stop pushing and pulling against experience. It’s a place where nothing can touch us because we are not desperately trying to protect some mistaken view of ourselves. We can engage life fearlessly, compassionately, and with great contentment because we have stopped the mind’s automatic grasping. No grasping means no suffering. No suffering means liberation.

I think we have a misguided notion of liberation in the West, and perhaps in the East as well. Liberation doesn’t mean transcending reality to some ultimate realm. The Buddha was very much a man subject to the laws of physics, just like you and me. He was likely an exceptional man but what taught was not superhuman. It is attainable by anyone willing to give it a try.

The Buddha’s liberation was understood to be a permanent way of being. That’s probably not a realistic goal for you and I. It’s a difficult goal for a monk sequestered in a monastery without the challenges of the world as distractions. For those of us living in the world, I think it’s reasonable to seek a less permanent form of liberation (after all, everything is impermanent, right?).

During meditation, as the mind quiets, you will experience moments of cessation. The mind stops pushing and pulling. It rests in the now. The sense of “me” drops away and you (whoever that is) experiences bliss. The more you practice the more frequently these moments come and the longer they may last.

The more you practice the more readily you will recognize that you are pushing and pulling in ever more subtle ways, and you will stop yourself sooner and with more ease. For 99.9% of us on the planet, this is how liberation can be experienced in daily life.

The idealization of liberation places an obstacle in the way. Who needs that pressure? Relax. You don’t need to do it perfectly.