Waking Up is a Revolutionary Act: A Manifesto for Mindful Living, Part Three: Put That Big Brain To Good Use

As I alluded to in the entry, The Mindfulness Revolution, any good revolution needs a manifesto. So here it is, part one of ten. There is a book out called the Mindfulness Manifesto and I confess that I haven’t read it. Here is my version. To adumbrate, here are the ten chapters that comprise it: 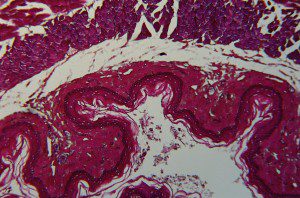 The human brain is the most complex thing in the known universe. It’s 100 billion neurons (about the same number of stars in the Milky Way Galaxy) make an average of ten thousand connections with other neurons. That’s a lot of connections and we can do a lot of things with those connections – anything imaginable, and we do.

Harvard psychologist, Steven Pinker, reminds us, “Simple calculations show that the number of humanly graspable sentences, sentence meanings, chess games, melodies, seeable objects, and so on can exceed the number of particles in the universe.”

If you took the blood vessels in your brain and spread them out they’d reach from Philadelphia to Portland Maine. If you wrapped all your neurons around the earth they’d go around four times.

Given this complexity, we shouldn’t be surprised that our brains produce some fairly random stuff. Thoughts, images, emotions – these are the chief export of brains, and we make a lot of them. Some of them can be quite bizarre, and we all have bizarre thoughts whether we notice them or not. You don’t have to have a clinical disorder to have such thoughts. It’s just what brains do with all that complexity and capacity for imagination.

It is a myth that we only use ten percent of our brains. We use all of our brain; the question is how we use it.

Our brains are capable of the most magnificent creation. Beethoven, Michealangelo, DaVinci, Shakespeare, Einstein put their brains to good use. If you spend time watching too much television, I’m dubious that you are getting the most out of your brain. If you spend your time lost in internal conversations, I’m likewise doubtful your putting that magnificent organ of yours to best use.

Imagination is a double-edged sword. It allows us to create calculus, novels, et cetera, and it also ensnares us in stories. Mindfulness gives us the choice of where to direct attention.  Mental representation may be one of the hallmarks of humanity. We can generate, hold, and manipulate an image of some thing or some event that is not immediately present. This gives us the capacity for creativity, problem-solving, and pleasurable fantasy. It also gives us the capacity to lie and to generate stories. Representations are, as the name suggests, representations of reality – not reality itself. Mindfulness helps us to know the difference between representation and the experience that is represented.

A car is safe when used mindfully and responsibly; it’s deadly if we don’t. We need to use imagination responsibly too. We need to supervise our representations to make sure they are in the service of furthering our goals and not causing harm to others and ourselves.

While attention may be one of our most intimate senses, it is a trainable skill. Emotional intelligence and social intelligence (distinct and measurable forms of intelligence) are likewise trainable skills that rely heavily on attention. Neuroscientists are studying the brains of people who have been meditating and they are finding promising and fascinating things.

Our brains are not only complex, they are plastic, meaning capable of change. Our brains work on the “use it or lose it principle.” The tasks we devote most of our attention to will have their underlying neural networks develop and get strong. The brain devotes its real estate to the things we do most of the time. Concentrate on being happy versus concentrate on being miserable and the brain will accommodate.

A study of London taxi cab drivers supports this notion of use it or lose it. Brain scans of these expert cabbies revealed significant increases in the part of the brain that represents the outside world – our mental map of the world. This should come as no surprise.

If you meditate on a regular basis and spend more time being mindful instead of ruminating, you might see (if you looked into your brain with an MRI) enhancements to key components of the prefrontal cortex (the executive brain) and limbic system of the brain (the emotional brain). A component called the insula keeps track of what is going on the body starts doing a better job. And, again, no big surprise here since mindfulness meditation is a practice of paying attention to the body and what we devote time to gets stronger. Other findings such as the executive brain’s ability to convince the emotional brain there is no current threat gets stronger. This means that we are less likely to have fear false alarms and can live in the world with more ease.

In sum, meditate and you’ll have better control over your attention and your emotions. You’ll be able to handle difficult situations, even social ones, with more grace. You’ll have a brain that is fit, responsive, and resilient. And you creative energies can engage creative projects rather than destructive dragons of imagination. 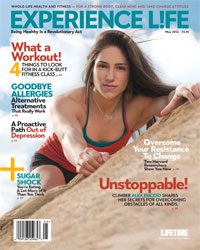