Kensho: Or What I Did on My Christmas Vacation 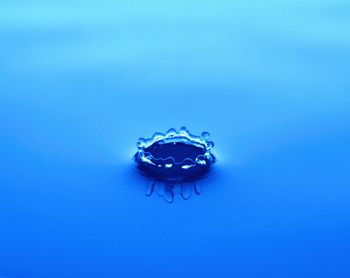 The following post was written by one of the members of my meditation community on an experience that happened to her just before Christmas. It’s a wonderful story about acceptance and putting mindfulness practice into action, precisely at the moment its most needed.

It’s a tale of courage and I am grateful for Jo’s contribution and for the experience she reports. It’s a powerful reminder of how we construct our experience through the activity of our mind and how any experience can be constructed in different ways. In this case, re-consctruction led to a spiritual awakening.
Kensho: or what I did over Christmas Vacation by Jo Beauchemin

I was not looking for enlightenment that evening. It was getting late and I was thinking of gathering myself in to go to bed. I got up from the couch and made my way to the back door to bring in the dog from his bed of snow.As I began to walk through the doorway to the kitchen I suddenly became very light-headed and felt myself begin to collapse. I also noticed that the corner of the door frame seemed to be approaching my forehead with troubling speed and jerked my torso up and back to change my trajectory hoping to regain my balance.

As my body torqued up and to the left I realized that my feet had been glued to the carpet. I could not move my feet up, down, or even side to side. Meanwhile my legs, in particular my left, seemed to be moving in physically impossible ways. They appeared to undulate from the ankle up and the knee down. Part of me was fascinated while another part wanted to look anywhere else. Most of me was trying to move my feet.

With a grinding noise I heard my ankle snap while my still gyrating leg seemed to shear away at my ankle in a great white glare of pain. I could feel bone on bone surrounded by mushiness. There was nothing else but the pain. I breathed with the pain. This moment felt so important. All of my practice of mindfulness seemed aimed like an arrow at this moment. I found myself aware of the pain as vibration. I felt slightly elated by this. “Endorphins”, I thought. And the thought was gone and I explored this vibration with curiosity.

As I slowly finished my journey to the floor, finally released at the feet, the nothingness grew and the thought came: “ This moment has no story.” This message was both fascinating and liberating. While I was aware that many stories would unfold from this moment, the moment itself was enormous and unadorned. “The ankle is broken.”

This next thought came and I was conscious that these thoughts were generated by me. But just as the moment was complete in itself and unadorned, so was I. I recognized this as the face I wore, as expressed in the famous zen koan, before my parents were born. I was I without the stories; as ever I had been, as ever I would be.

Notice that I didn’t think “My ankle is broken!” But the ankle is broken. The difference was as wide as all the universes. The phrase “my ankle” would invite the pain and fear to become the story. Instead, the thought “the ankle” dis-invited becoming entangled and invited an objective acknowledgement of the moment. There was no fear. I wanted for nothing in this moment.

This moment held infinity. It held everything that ever was or will be or would have been. Everything was available to me. But I knew that to reach for something would be to lose this moment.

I would become distracted by the stories. I would be entangled in the stories and I would lose this space that I so needed. Again the thought: “This moment has no story.”

I held steady and breathed with the moment . There was no hurry in my body’s descent to the floor. There was no need to hurry or hold back. And I landed softly on a tiled floor in a great hall that held infinity.

And yet I was perfectly aware that I was lying on the carpet in a small hallway between the kitchen and the living room and that the stairs were right beside me. I felt the carpet on my face and began to move from the moment.

I continue to be surprised by that space. It is so tiny. I paced it off in my size 8 ½’s later in my healing. Two paces by four and a half paces. Surrounded by said stairs, two doorways and a wall

Where was all of this space I had experienced? And how had I avoided hitting myself on something on my way down?

As the next moment began to unfold I began a body scan, a useful daily practice that lets me assess the physical issues of chronic illness and pain. Starting at the feet I determined that while the left ankle was indeed broken the right foot and leg was badly sprained. Indeed, the right ankle had just escaped the fate of the left. With each steady breath I let gratefulness flood my body as the body scan continued to reveal no other

Serious injury although it told me that my entire right side, right up to the tip of my tallest finger, was sprained.

I let my vision go up the stairs. As my hearing returned I located my husband and prepared to call to him. I put off the moment. I wanted to keep this new awareness, this space, this equanimity. I knew that soon many stories would unfold from this moment. Everyone who touched this moment would have stories. Ripples in the pond of life would touch and alter many. The quiet would be gone and replaced by swirls of activity. I continued to breathe and I realized that this space and quiet was mine. It was internal and eternal and always accessible. The pain was vibration, the drama an illusion. This enlightenment was an amazing gift that keeps on giving. For instance, during my healing I was able to sort out the sensation of pain from the sensation of healing. Where I might be tempted to characterize all sensation in my ankle is pain, a good share of it was actually the ankle mending itself.

My surgeon admitted to me that “Once I put the hardware in the body does all the rest.” It was as though a great engine was at work restoring bones and mending nerves and blood vessels and muscle. These sensations were unfamiliar and because they were located where there was great pain the temptation was to lump all sensation in that area as pain. Once I differentiated the sensations the “pain” was reduced considerably and I was able to celebrate the healing sensations and be suitably awed by the amazing things my body was doing.

Because this all took place on the evening before Christmas Eve I had to wait almost two weeks before my surgery to repair the ankle. They put a cast on it at the emergency room and a soft wrap cast for the right ankle. Since I was unable to bear any weight on my right leg I was unable to get off the couch at all for that time and the first few weeks after surgery. But I, sitting in my little corner, feet propped up, had all of the space, all the room I needed. Time was mine to play with and I had all of the patience I needed. The sense of equanimity endured and saw me through all of the subsequent events of intervention and healing.

This is not to say that I was not involved with the events as they unfolded. But my gift of kensho, or enlightenment, gave me the discernment to see each moment and each story for what they were. My sense of proportion was referenced by my experience of infinity and this has stayed with me. Mindfulness has produced many fruits in the time I have been practicing. Being mindful in a situation that one would be tempted to fight or be consumed by fear and self pity gave me a endless stream of

Insights to taste and consider as I continue my life’s progress. It continues to provide me with a ballast in turbulent waters and a new found sense of joy in the most quotidian of experiences. I have seen my face as it is and I like it. I have seen reality and it doesn’t bite.