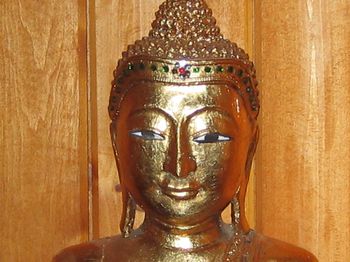 Today, 15 February, marks the Buddhist holiday of “Nirvana Day.” It celebrates the Buddha’s death at the age of 80 and his transition into paranirvana — the ultimate nirvana.

The idea of paranirvana is predicated on the idea of rebirth. When the Buddha died he was, according the traditional view, liberated from the cycles of death and rebirth. He did not have to be reborn unless he chose to.
There’s a lot of epistemological baggage with this idea that is not sanguine to a lot of Westerners. Stephen Batchelor has articulated a secular form of Buddhism in his beautifully written Buddhism Without Beliefs and more recently Confession of a Buddhist Atheist.
It’s possible for us all to be Buddha without subscribing to any particular form of Buddhism or any of the untestable ideas such as rebirth. If the idea of rebirth appeals to you, you will find great comfort and color in the practices and beliefs of Tibetan Buddhism.
Nirvana (or nibbana in Pali) is one of the most misunderstood concepts in Buddhism (right up there with karma). It’s often mistaken for some kind of blissed-out realm or state of being where everything is light and love.
Nirvana means “cessation” or more literally “blowing out” as you would a candle flame. It refers to the cessation of all the mental activities that creates suffering and is the promise of the Third Noble Truth. When we stop indoctrinating ourselves with anguish-producing thoughts there is a release into what is called nirvana.
Now, of course, this experience may be accompanied by peacefulness, serenity, bliss, and a feeling of great expansiveness. It can also be quite ordinary; a simple coming to the ground of now.
To read more about Nirvana day, you can check out this story on the BBC.
read next post