Barry, it looks like the White House got the message:  its email ‘flagging’ operation appears to have been disabled.

As I reported to you last week, the White House launched in early August what can only be described as a citizen reporting program.  The program was unveiled on the White House website by Macon Phillips, the White House Director of New Media.  As you recall, Phillips claimed that “[t]here is a lot of disinformation about health insurance reform out there” both on the web and floating around in chain emails.  Phillips stated that “[s]ince we can’t keep track of all of them here at the White House, we’re asking for your help. If you get an email or see something on the web about health insurance reform that seems fishy, send it to flag@whitehouse.gov.”

We saw this exactly for what it was – a troubling attempt to stifle free speech and intimidate those who did not agree with the President on health care reform.  It raised significant First Amendment concerns and countered core principles that our nation was founded on a belief in the necessity of free and open discourse on the important policy and political issues of our day.

Many expressed concerns about this program – including the ACLU – calling it “bad idea that could send a troublesome message.”

And we sent a letter to President Obama urging him to rescind this program.

In our letter to President Obama, we argued:  “The citizen reporting program raises significant First Amendment concerns… Creating a program that requests individuals to report on their neighbors, co-workers, family members, and friends who express personal opinions to your policy choices is not the way to encourage openness and transparency.  It is tantamount to policing ideas.  Such a program will only stifle free and open debate among the citizens of this great country… We respectfully request that the program be withdrawn.”

Now, there are news reports that the White House has shut it down.  Emails sent to flag@whitehouse.gov now bounce back with this message:  “The email address you just sent a message to is no longer in service. We are now accepting your feedback about health insurance reform via:http://www.whitehouse.gov/realitycheck.”

This program was problematic from the very beginning.  We’re hopeful this development means that the White House gets the message – that its email ‘flagging’ operation created constitutional concerns and needed to be withdrawn.  flag@whitehouse.gov – good riddance. 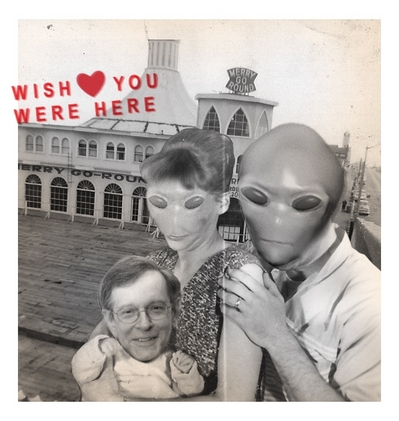 Ann, Aliens and the Antichrist: A Corrective For Coulter
archives most recent
More from Beliefnet and our partners
previous posts

Thank you for visiting LynnvSekulow. This blog is no longer being updated. Please enjoy the archives. Here is another blog you may also enjoy: Jay Sekulow: Faith and Justice  Happy Reading!

Thank you for visiting Lynn V. Sekulow. This blog is no longer being updated. Please enjoy the archives. Here is another blog you may also enjoy: Jay Sekulow’s Faith and Justice Happy Reading!!!

Barry,   It’s hard to believe that we’ve been debating these constitutional issues for more than two years now in this space.  I have tremendous respect for you and wish you all the best in your new endeavors.   My friend, I’m sure we will continue to square off in other forums – on news […]

Thanks for the Memories

Well Jay, the time has come for me to say goodbye. Note to people who are really happy about this: I’m not leaving the planet, just this blog. As I noted in a personal email, after much thought, I have decided to end my participation and contribution to Lynn v. Sekulow and will be doing […]