Show Me the Fear! (Video)

Fear is a shadow. It is an expression of a nature… not the nature itself. I see a shadow of a branch. The shadow is the proof of the form that is giving rise to it. A shadow is (in one respect) the proof of the absence of something.

Show me the fear! You can’t show me the fear. You can only show me its shadow. Its shadow is: “Oh my God, my mind is imagining what might happen to me if this, that, or the other takes place.”

Show me the fear! You can’t! All you see is the shadow of it — what it projects in order to hide itself. But where is this fear hiding? It’s hiding inside of a nature that has to have something to fear, to worry about, to hate in order for it to remain in place as it does in a set of opposites that can never be seen by a mind looking for the source of the fear.

How many times have you solved your fears? A thousand times! “I’m afraid of this. Well, I’ll go do that. So now that’s done — is my fear still here? Oh yes, it is. I’m just not afraid of that anymore.” So you’re afraid of something else, and you say, “Yes, but when I get it solved, then I’ll be free of that.”

Such is the lineage of human consciousness: Forever tackling, one at a time, the head of the Hydra, hoping that we’re going to bring an end to the beast when the beast is not the individual head. The beast is the nature that gives rise to the entire creature that hides itself among the heads that it wants us to go and attack all the time.

It’s the creature itself that has to be changed! 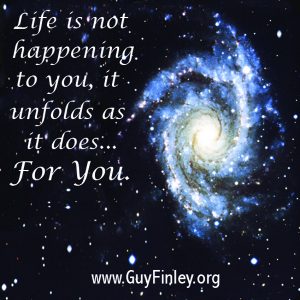