Law of Attraction in Action: “It’s for the best”

People get confused when they’re trying to manifest if something doesn’t work out or if things don’t go according to what they asked for. That’s how it goes, especially when you’re asking for what’s best for your highest good. When something you want badly falls through or has glitches, do you get angry, frustrated, disappointed or lose faith? Next time try acceptance in faith instead! I used to get those negative emotions and suffered from them.

Now I just say, “It’s for the best.” Blessedly, I actually believe it so it’s said with trust.

I’ve written in other posts about how everything happens for a reason. You can fight that or work with it. The latter brings you peace and gives you the best chance of attracting what you need at the right time. For example, a client sold her house. She was supposed to move the day before the closing and was all set when the closing got postponed for 10 days. She flipped out. When I told her “It’s for the best” and she acted like I had two heads.

She had to reschedule to movers and alter her arrangements for the apartment she was moving to. What a pain! She wondered how she could say, “It’s for the best?” I got an argument. But I insisted she do her best to say it like she meant it. The day she was originally supposed to move, she called. It seems that a major storm came through her area that day. If the closing hadn’t been postponed, she’d have been moving in the storm and her stuff would have gotten soaked. She conceded, it really was for the best!

You don’t know what’s coming down the road, but the Universe does. The more you trust, the more you can know that it’s okay when things don’t go smoothly.

Aclient called me one morning. She was very upset. Her baby sitter was an hour late so she’d be late for work. I told he to say, “It’s for the best.” And believe it. It was for the best. She was headed to the World Trade Center on 9/11! Because her sitter was late, she avoided being caught in the building collapse, which she was grateful for..

My faith is strong enough to go with the flow of what happens instead of getting upset. Just yesterday I was running late and ran to catch the local subway train. The doors closed as I got there. At first I was mad. Thirty seconds sooner and I’d have made it! Then I remembered, “It was for the best.” I calmed down and another train pulled in 3 minutes later. It went one stop, where I had to change for the express train. As we pulled in to the station, I was surprised that we were on the express track. They switched my local to be the express I needed.

I had a seat and people from the train before me got on and had to stand! Missing the first train was for the best!

Saying, “It’s for the best,” puts you in positive spirits. It tells the Universe that you trust that you’ll get what you need in the right time. 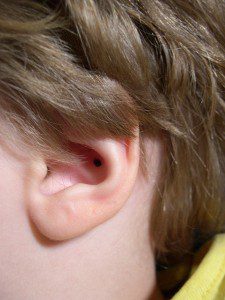 Get Heard!
archives most recent
More from Beliefnet and our partners
previous posts