I’ve learned that many people put on facades, when he/she is overcompensating for insecurity. Since I work with a lot of people, I get to see what’s behind the facades and how what they project isn’t who they are. People who you’d see as being on top of their worlds come to me expressing how much they see is wrong with them and wanting to feel more empowered. Yet the façade they put out it one of strong confidence.

It’s better to give someone a chance by getting to know him or her than to judge by your immediate impression.

Some façades are helpful. I advise people to fake confidence until it’s real. But, we can go overboard and create an image that puts people off or gives such a wrong impression that people don’t react the way you’d like. It’s better to avoid any extremes when possible, since they can negatively affect your interactions. An overblown appearance of confidence seems like conceit to many people, especially if they get jealous.

Snap judgments can keep you from having a good relationship with someone. There might be a good person behind the façade. I believe there usually is.

I worked with a guy who carried himself like he was all that. Always dressed in good clothing, he had an imperious attitude. Since he came to me to talk about a problem, I was honest in my assessment of him. He came across as obnoxious in how full of himself he was. Slowly, his insecurity revealed itself. He told me how he was teased as a kid and grew up trying to carry himself as perfectly as possible to avoid any criticism. Glen morphed into another person right before me. Yet most people thought he was on top of his life.

EVERYONE has baggage and issues, even if their façade indicates they don’t.

Slowly I helped Glen modify his attitude. He still seemed confident but it was no longer annoying. It’s always good to give people the benefit of the doubt instead of judging them by the first appearance you see. And, when you meet someone you’d like to know better, be careful of how they view you. Pay attention to the impression you give to those who don’t know you well. It’s fine to carry yourself in ways that reflect who you’re growing into. That’s how I got to where I am now. But, you don’t want to go to any extremes.

Look for the good in people. Be confident but also be humble. You might think someone is snooty, but it’s often to protect him/herself, when she’s just shy, or he’s acting arrogant. Be tolerant! And try not to give off a façade that might create a negative vibe with people you interact with.  Get comfortable in your own skin and be yourself!
************ 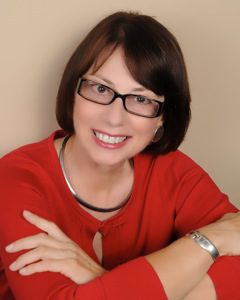