Something that I learned the hard way that held me back from manifesting more good into my life was that I held onto things that weren’t good for me. I wanted friends who treated me better than the ones I had but held onto those who didn’t treat me well just to have people to do things with. Back the, I was scared of  being lonely. I allowed roommates who didn’t pay the rent on time and were sometimes slobs to stay to avoid having to look for new ones. I grabbed onto any opportunity to make money, even if I didn’t like the project or the person I’d have to work with, just to insure that I could pay the rent.

I could go on and on with those kinds of stories. Then I recognized that I was holding on to things I didn’t like, thinking I’d let go of them when I found something or someone better. And that told the Universe that I didn’t trust that I’d get what I wanted if I let go of what I didn’t want first. I wanted better but wasn’t expecting it to happen, at least not in a comfortable timeframe.

I often talk to people who are unhappy in their relationships but don’t want to leave until they find someone better. It feels safer to hold onto the old until it can be replaced by something new and better. But that mentality doesn’t create the vibration to get the better stuff. And the Law of Attraction brings you more of what you think you can’t give up. I finally learned the power behind saying this phrase when you let go of something you want replaced.

“Close one door and another one opens.”

When I began to let go of people who weren’t good friends, I said out loud—“Close one door and another one opens.” Sometimes I’d say, “several doors open” It sets my vibration into believing that what I need will come and shortly after I met some wonderful new people who became my friends. Closing the old doors first says you’re serious about getting the new stuff. This week I used this and got some interesting results.

First, I agreed to work on a project that paid well. Bu the parties involved drove me crazy and wasted a lot of my time. At first I hesitated to close that door because I didn’t want to lose that money. but then my spiritual perspective kicked in. I officially withdrew from it a few days ago. I said, “Close one door and another one opens.” Three days later I got hired to write a book with a woman I love that has a lot more financial rewards. And a silly incident happened too.

I go to a diner in my neighborhood often and usually take home the Melba Toast that comes with my salad since I like ot nibble on them when i get munchy. Over a year ago they changed the brand to one I wasn’t wild about.  I still brought them home but they accumulated in my kitchen cabinet since I didn’t like them. Yesterday I decided there was no point to keeping them since I didn’t like them and I tossed them all, and said, —“Close one door and another one opens.” At the time I figured I’d find something else to munch on. Today I got a salad at my diner and was shocked when the waiter brought me the brand they used to have that I like.

I had to keep from laughing out loud at the irony. I never expected the diner to get them back. I just figured I get some from elsewhere. But I guess the Law of Attraction picked up on how serious I was about not settling for something I didn’t like and now I have the ones I like again.

“Close one door and another one opens.”

Get into the habit of saying that as you let go of a person or circumstance. Say it with feeling so the Law of Attraction can see that you’re serious about having that other door open. That’s a great way to manifest a moe positive replacement for what you let go of.

See all the posts in my Law of Attraction in Action Series HERE. http://blog.beliefnet.com/lessonsfromarecoveringdoormat/2009/01/Law-of-Attraction-in-Action-Series.html 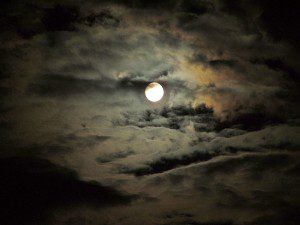