“It’s impossible!” I hear that from people about many different things, often what the person wants to do or have but is convinced there’s no chance of it happening—giving up at the starting gate. Scientists and inventors have proven that almost nothing is impossible if you believe it, yet it’s an easy cop-out for many of us. And saying, “It’s impossible!” means the belief you put out into the Universe is:

Telling the Universe that something you want to do or have is impossible makes it even more impossible than it has to be! The Law of Attraction will see to that! Every time you say it, the belief is reinforced as your truth. Yet it doesn’t have to be. It wasn’t long ago that people said it would be impossible for an African American to be president. Yet Barack Obama didn’t listen and proved them wrong! Where would we be if the Wright brothers believed it was impossible for a machine to fly? It was impossible for all the people who believed that but they chose to make it possible.

Most commonly, saying “It’s impossible” mean it’s impossible for you. Insecurity makes the possible seem impossible. But if it’s possible for others, it is possible for you too! It doesn’t matter how the circumstances look. Your beliefs about it makes the difference of whether it’s possible. I had a client who loved the small company he worked for but saw no major opportunities for him to advance. The only higher-level position was held by a woman who was relatively young, who he believed would stay a long time. He felt discouraged as he didn’t want to look for another job.

I told him to stop believing it was impossible. As I said in my Law of Attraction in Action: HOW? post, when your faith is strong, the path to your goal will be shown to you. He began working on his thoughts, beginning with “It may seem impossible for me to move up high in my company, but that doesn’t matter because I believe I can.” He was doubtful at first but eventually got his vibration up until it was very strong. I wasn’t surprised to get his call saying that the women in the much higher position decided to move on and he was asked to take her job. He made the impossible possible by changing his thoughts!

Audrey Hepburn said, “Nothing is impossible; the word itself says, “I’m possible.”

I’m possible! When you get rid of the word impossible form your vocabulary, you open yourself to more possibilities. When you accept what’s possible for others is possible for you too, you’ll feel more empowered. When you accept that you’re worthy of miracles, miracles happen. I’ve done so many things that others labeled impossible, and even that my logic told me couldn’t happen. But faith overrode those beliefs so the Law of Attraction could help make it possible. Life becomes a miracle when you understand that nothing is impossible. I’m possible! 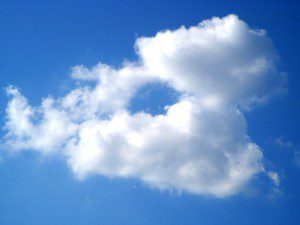 How Do You Want to Be Remembered?
archives most recent
More from Beliefnet and our partners
previous posts