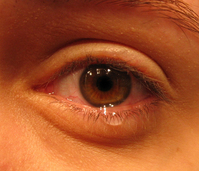 I have a few problems on my plate that are big for me and have been making me feel stressed. Then I turned on the TV and saw pictures from Japan after the earthquake and tsunami and my problems melted into small stuff. Nobody is problem-free. Often we can focus so much on what’s going wrong and magnify problems so much that stress takes over. That puts a dark cloud over your life and the good you have.

As I felt sorry for myself this morning, I listened to the reports from Japan and my mouth dropped. It’s the worst earthquake Japan has ever had and the third largest ever in the world. OMG! And then there was the destruction from the tsunami. My problems became like small peas compared to what the people of Japan are going through.

Of course everything is relative. I’ve told someone about a situation that was stressing me out and been told I should be grateful for my life because so many people are starving and suffering in many ways. When I was a DoorMat I bought this. How dare I be unhappy when I had enough money to pay my bills and spend extra on me and my health was good!? So I suppressed my unhappiness and felt guilty when it surfaced. Then I discovered there is a middle ground.

Your problems don’t mean less because other people have it worse. But you also shouldn’t blow your problem up to seem worse than they are.

I will solve my issues. One was weather related and it’s already okay. I will take care of the other one shortly. For the people of Japan, the problems will grow and remain for a long time. My heart goes out to the country and its people. When I watch it on TV I cry. It’s hard to imagine experiencing that kind of tragedy. It took my mind off of my own problems. While I still feel them, I’m able to keep them more in perspective by observing the magnitude of what the people of Japan are enduring.

Keep your problems from becoming worse than necessary. Most every day ones can be dealt with in ways that don’t need to cause super amounts of stress.

And, say prayers for the people in Japan who are suffering so much. It will go on for a long time. If you can, make a donation to one of the organizations that will provide support for the people who lost everything and those who are stranded. I’m doing a lot of praying and will also donate what I can. I’m still stunned by this tragedy. May the people who lost their lives rest in peace. 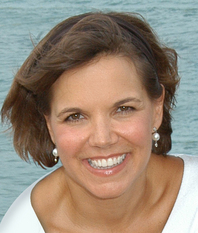