Law of Attraction in Action: Making Room for Better Things 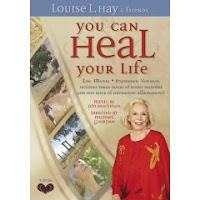 This is post 20 in my series on the Law of Attraction, inspired by watching Louise Hay’s You Can Heal Your Life, the movie, expanded version. You CAN use your power to attract all that you need. I do it every day!

I’ve been cleaning and clearing stuff out for the last few weeks. Now I’m in intense clearing mode. I never did that when I was a DoorMat. In fact, back then I hoarded everything. I grew up with a mom, bless her heart, who was a clean-o-holic. She cleaned constantly and got rid of anything SHE felt was unnecessary, including my personal things.

So when I left home, everything I still had went with me, and I vowed to never let go of anything in the future. That was my distorted feeling of being in control.

For years I kept my word. I had stuff everywhere. I sometimes didn’t even know where it came from. I had clothes from high school, in case I lost enough weight to wear them again or they came back into style. There were books I’d never read again, old magazines, and tons of stuff I never looked at. I became a pack-rat, and a slob. I thought it felt good holding onto everything. But I really didn’t like living amidst so much clutter and disorganization. Despite that, I continued.

Until I read You Can Heal Your Life by Louise Hay, which enlightened me about getting rid of stuff to make room for new and better things.

I began the book slowly and tried to attract more. As it worked, I tried more. When I finally got to the chapter on getting rid of clutter, a big light went on in my head. It was actually more like an explosion and I tackled clearing out lots of stuff with a vengeance. When I held onto everything, the Law of Attraction supported keeping me stuck. I realized how stuck I felt and how much I hated my closets swollen with clothing I didn’t wear and seeing stuff all around me that I didn’t use.

Accepting how much I held myself back by holding onto old stuff was an awakening. I wanted to make room for more things!

That night I gathered big bags and began to sort through stuff. The next day, I tackled my closets. My friend’s sister was assisting me with my business part time for the summer. She was also a neat freak and loved tidying up anything I gave her permission to. May arrived as I began my clothing purge. She was shocked, knowing my former attitude about hanging onto everything. She was very happy for me. But even she wasn’t prepared for my throwaway fashion show. While she liked cleaning, I scared her at first!

I began to try on everything I hadn’t worn in a while and modeled each for her. Anything she didn’t have enthusiasm for went into a bag to give away.

May got nervous and suggested I shouldn’t trash everything she didn’t love. She warned I might change my mind later. I think she thought I’d lost some marbles! When she saw how much got bagged, she tried to convince me to calm down and think before tossing. She didn’t want to be responsible for me giving away things I might regret later. But there was nothing to worry about. I didn’t bring out the clothes I wore and liked a lot. It was just stuff I hardly, or never, wore and needed a little prodding to get rid of.

I was so revved by then about cleaning so the Law of Attraction would respond by bringing more good into my life, that I cheered every time I put stuff in a bag. The more bags I filled, the more empowered I felt. I didn’t want to live like a slob! I loved my newfound power tool and got rid of almost half my clothing. And I also tossed a ton of other things. From that point on my life changed.

With each thing I bagged, my self-esteem rose a little and I felt more in control of my life.

And, with it, I began to attract healthier people and situations. I never regretted getting rid of so much. There were many huge garbage bags to bring to a charity or toss. Since then, I’ve made it a point to clear out as much as possible before the new year, so I enter it with more room to attract better goodies. I’ll go through every nook and cranny of my apartment, getting rid of anything I can live without and making sure it’s spotless to welcome 2009.

Whenever I feel down or scared, I clean and get rid of stuff. Shortly after, my mood lifts.

Clearing stuff out of your living space, car and your life creates a vacuum that attracts other things. If you do what you can to put out to the Universe what you’d like, you’ll have the best shot at getting it. As you clean or toss stuff, say your own version of, “I’m getting rid of stuff to make room to attract [FILL IN THE BLANK]!”

There’s still time to purge your world and create a vacuum to attract more of what you want. Go through your closets and drawers NOW! Start the New Year in a healthy, clean living space place so the Law of Attraction can work with you to fulfill your desires.

Gotta get back to cleaning now! ?