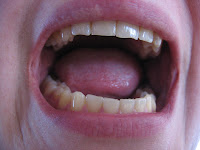 I was at a diner I like recently and asked my usual waitress if she felt better, since the last time I was they said she went home sick. She whispered to me that she’d has a run-in with the manager and got so upset she felt physically ill for 2 days. What happened? Charlotte said the boss picked on her for unfair reasons. Really railed her. Not long ago, I witnessed this same guy lose his temper with a waiter, who quit on the spot. Yet he continues to verbally attack his staff.

Many people can’t control their anger or frustration. But, they NEVER have a right to take it out on you!

Charlotte said that she was ready to quit. I admired her because I know she needs this job. Yet so many people complain and accept being yelled at by a colleague or boss. Not saying anything gives them permission to continue it. Yelling back just sinks to that person’s level. The best way to address someone who speaks to or yells at you in a disrespectful manner is to calmly let him or her know it’s unacceptable. Period!

While it’s important to speak up, your choice of words and the tone you use determines the impact of your response.

When I was a DoorMat, I whined a lot. “Woe is me for being spoken to like that!” “I’m upset that my colleague often loses her temper and directs the venom at me.” But I was too busy being miserable and hurt and angry to say something that would stop it. Just saying you don’t like it, or getting angry back, doesn’t rectify the problem. You must make it clear to the person that it can’t happen again. Some of the things I’ve found helpful are:

* Don’t get bent out of shape. Losing your own temper gives the person control over you and won’t get you taken seriously. Force yourself to stay calm when you speak. That can rattle someone who’d prefer to rattle you. When you keep your cool, they know you mean business.

* Tell the person it’s inappropriate to take their frustrations out on you. Inappropriate is one of my operative words when dealing with behavior I don’t like. It gets a message across clearly in work situations, better than yelling back!

* If someone yells uncontrollably or irrationally like Charlotte’s boss did, immediate that it’s unacceptable. Unacceptable is another one of my favorite operative words. It makes clear that you won’t tolerate the behavior, under any circumstance.

* Don’t accept blame for being yelled at. The person might say that you provoked the response. You didn’t do the project fast enough so she lost her temper. You said something that annoyed him. That’s a cop-out! No one has the right to yell at you!

* Take professional action. If there’s someone with a higher position, ask for a meeting and request advice on how to deal with the unacceptable behavior. File a complaint. Keep a written record of the behavior so you have something to show later. Yelling at you is harassment if you’ve warned the person and it doesn’t stop.

* Be prepared to walk, if the yelling at you won’t stop. You shouldn’t accept it. Period.

Charlotte returned to work the next day and calmly told the assistant manager that she’d leave for good if it happened again. He spoke to the manager and made him see reason. So far he’s left her alone. She’s a good worker and he didn’t want to lose her.

Just because someone has a higher position that you at work does not give them the right to to talk to you in any way that’s not respectful. Accept that verbal attacks are unacceptable. Sometimes we don’t recognize the damage they cause. Being physically hit seems more like abuse. But verbal railing leaves mental scars, that can hurt you even more! Be very careful.

Law of Attraction in Action: Recovering Your Health
archives most recent
More from Beliefnet and our partners
previous posts