Welcome to the Carnival of Healing #118I’m absolutely delighted to be hosting the last for 2007. The Carnival is a weekly round-up of personal blog posts on the topics of holistic health, wellness, spirituality, and self-empowerment. It’s coordinated by About.com’s Guide to Holistic Healing, Phylameana Iila Desy. Last week’s Carnival of Healing was kindly hosted…

Why New Year Resolutions Can Hurt You 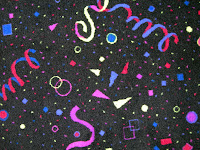 New Year’s eve is a time that many of us make resolutions—often grand ones. I used to do it too. It feels SOOOOOOOO good to make them. Oh yes, THIS is the year of change for the better. Some extra wine on New Year’s eve magnified my intentions for the next year. ? I shared…

Manhattan is Da Bomb around Christmas

I’ve spent Christmas in Florida and California. I see it in other places on TV. But nothing—literally NOTHING—can compare to my city at holiday time. When friends from out of town visit during this time of year, I love to take them walking and exclaim, “Look how beautifully my neighborhood dresses up for the holidays!”…
archives most recent
about

Daylle Deanna Schwartz is a speaker, self-empowerment counselor, best-selling author of 15 books, including Nice Girls Can Finish First (McGraw-Hill), All Men Are Jerks Until Proven Otherwise and founder of The Self-Love Movement™ where she's giving away her 13th book, How Do I Love Me? Let Me Count the Ways, a She's appeared on hundreds of TV and radio shows, including Oprah, Howard Stern, and Good Morning America and has been quoted in dozens of publications, including the New York Times, Chicago Sun-Times, Cosmopolitan, Redbook, Marie Claire, and Men¹s Health.

After being a consummate People Pleaser who felt unworthy of getting her own needs met for many years, Daylle found a path of self-love that enabled her to build her self-esteem and reinvent herself into a dual career. She learned to get taken seriously without being overtly assertive when she became one of the first women to start an independent record label (on a dare!) and learned to play ball nicely and successfully in an industry dominated by men. To help independent musicians empower themselves, Daylle writes music business books for Billboard/Random House, including the very popular Start & Run Your Own Record Labe and I Don't Need a Record Deal!

Daylle's books have been translated into over 10 languages and are popular around the world. She speaks for colleges, organizations and corporations. Through her company, Project Self-Empowerment, Daylle creates programs and materials to help people empower themselves. One goal is to raise the money to self-publish her book, How Do I Love Me? Let Me Count the Ways and give it away for free in colleges and through organizations, to give thanks for all her blessings. Daylle uses her writing and speaking to help others find the kind of contentment and empowerment that she has.